OSLO (Reuters) -Norway’s $1.3 trillion wealth fund will vote next week to support top management at German drug and farm products maker Bayer AG, but will vote against the remuneration package of CEO Werner Baumann, it said on Sunday.

Shareholders will vote on April 29 at Bayer’s annual general meeting on whether or not to ratify the executive board’s business conduct during 2021, a standard procedure at German AGMs.

The Norwegian fund owned 2.27% of Bayer’s shares at the end of 2021, valued at $1.19 billion, making it the company’s fifth largest shareholder according to Refinitiv data.

“The board is responsible for attracting the right CEO and setting appropriate remuneration,” Norges Bank Investment Management (NBIM), which operates the fund, said in a statement.

It cited the need for a “substantial proportion of annual remuneration” to be provided as shares locked in for five to 10 years, transparency to avoid “unacceptable outcomes” and that all benefits should have a clear business rationale.

While the AGM vote is largely symbolic, with no bearing on management’s liability or tenure, it is nevertheless seen as a key gauge of investor sentiment.

Baumann, whose contract as CEO runs until 2024, is under pressure to boost return on investment which has been lagging that of its rivals following the $63 billion takeover of agri business Monsanto in 2018.

Bayer’s shares tumbled in the months that followed the acquisition when jurors found Monsanto liable in several U.S. lawsuits for not warning of alleged cancer risks linked to its weedkiller Roundup.

The Norwegian fund joined a majority of shareholders at the 2019 AGM in rebuking Bayer’s management, but did, however, give its backing to Baumann and his team for the following two years. 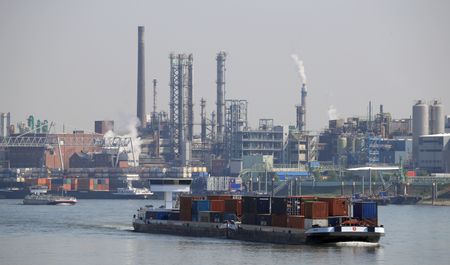 Juul appeals to block FDA ban on its e-cigarettes