PARIS (Reuters) – NH Industries, which is owned by Airbus and Italy’s Leonardo, said on Friday it was “extremely disappointed” by Norway’s decision to return its NH90 military helicopters.

“NHIndustries considers this termination to be legally groundless,” the company said in statement.

“NHIndustries was not offered the possibility to discuss the latest proposal made to improve the availability of the NH90 in Norway and to address the specific Norwegian requirements,” it added.

Norway said earlier the NH90 helicopters were either unreliable or delivered late. 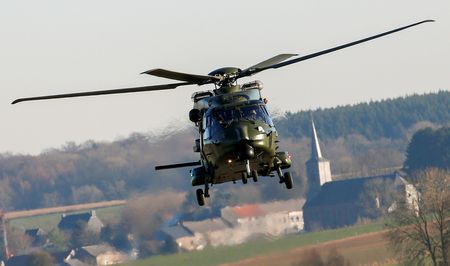