(Reuters) – Southwest Airlines Co said on Friday it will not resume alcohol services on board until the end of July, ditching its plans to restart next month, following a recent surge in in-flight disruptions by passengers.

“Given the recent uptick in industry-wide incidents of passenger disruptions inflight, we have made the decision to pause the previously announced re-start of alcohol service onboard June (Hawaii flights) and July,” said Southwest spokesman Chris Mainz.

After airlines resumed travel following easing of COVID-19 led restrictions, they had mostly suspended in-flight services on domestic flights to avoid having passengers remove their masks while eating or drinking.

Southwest Airlines’ decision comes following an incident where a passenger assaulted a flight attendant verbally and physically, during a flight from Sacramento to San Diego on Sunday. The passenger was later taken into custody by Law Enforcement Officials.

“We realize this decision may be disappointing for some customers, but we feel this is the right decision at this time in the interest of the safety and comfort of all customers and crew onboard,” Mainz said.

Earlier this month, Reuters reported that airlines have filed about 2,500 unruly-passenger reports with the U.S. Federal Aviation Administration this year, including 1,900 reports of passengers not wearing mandatory face masks.

Southwest Airlines said it will expand its selection of soft drinks and coffee.

(Reporting by Tiyashi Datta in Bengaluru; Editing by Shinjini Ganguli) 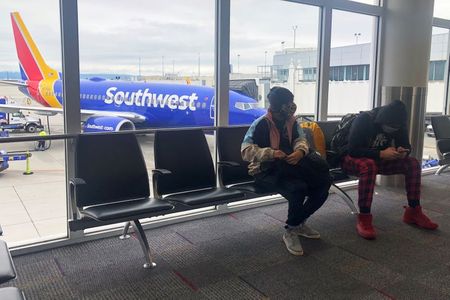 Reactions to Musk’s poll on offloading 10% of Tesla stock