TOKYO – Japanese shares are expected to recover from an eight-month low marked on Friday to near a 30-year high by the end of this year, supported by a robust corporate outlook and the rollout of coronavirus vaccines, a Reuters Poll showed.

The Nikkei has been hovering below 28,000 over the past month, as the spread of the Delta variant of coronavirus spurred concerns of an economic slowdown even as Japanese companies reported positive outlooks.

But most market participants expected a recovery in the Nikkei as they see its valuations as cheap.

“Overall companies gave positive outlooks when they announced their earnings for the April-June period and a notable number of companies raised their forecast,” said Takashi Hiroki, chief strategist, Monex Securities, who forecast the Nikkei to climb to 31,000 in December.

“That has made Japanese shares cheap. Investors will renew their confidence when companies announce their outlook after the July-September quarter,” Hiroki said.

The Nikkei trades at 14.39 times expected earnings, compared with nearly 28 times in early February, when the index was rallying toward its 30-year high on Feb. 16.

Since then it has lost momentum on growing concerns of an economic slowdown, as Japan was lagging behind other developed nations in coronavirus vaccine rollouts.

Daily infections surged to a record level, driven by the Delta variant, after Tokyo held the 2020 Olympics that started on July 23.

The country is still battling its worst wave of infections and the situation could deteriorate as the Tokyo 2020 Paralympics kicked off on Tuesday.

On Friday, the Nikkei fell to an eight-month low, triggered by Toyota Motor’s announcement that it would slash its global production by 40% in September. Declines were seen across a wide range of sectors related to auto manufacturing.

“I found the corporate outlook based on the first quarter earnings conservative and expected upward revisions after the end of the half year,” said Kyoko Amemiya, representative for Amemiya Research Institute. “But Toyota’s production cut crashed that hope.”

Amemiya still expects the Nikkei to climb to 30,000 but added it may not rise above its February peak of 30,714. 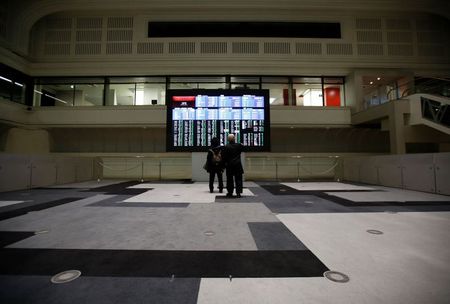 Airlines agree to screen JFK-bound passengers from Britain for coronavirus