BENGALURU (Reuters) – New Zealand’s runaway housing market, which has accelerated rapidly during the pandemic, will cool next year, according to a Reuters poll of property market analysts, but affordability will stay stretched or worsen over the next few years.

House prices have nearly doubled in the last seven years thanks to super-low interest rates, slashed from 3.50% to 0.25% over that period, leaving first-time homebuyers and low-income earners behind as prices climbed beyond their reach.

After soaring 30% in just the past 12 months, the most among OECD nations, home prices were forecast to jump another 20% this year, according to a Reuters poll of 10 property market analysts taken Aug. 11-19.

With a series of Reserve Bank of New Zealand (RBNZ) interest rate rises set to start in the coming months, that blistering pace of house price appreciation was expected to slow dramatically to 2.5% next year and in 2023.

“While we think the annual (house price rise) is very close to its peak, the ratio of house prices to incomes is simply off the chart,” said Sharon Zollner, chief economist at ANZ. “Properties available for sale remain very low, and the only real solution to this madness is to build more houses.

“But the scary thing is, even if we assume house price inflation from here to the end of time is zero, and that income growth can run at the very solid pace of 5% per annum, it would still take six years for this ratio to return to pre-COVID-19 levels,” Zollner added. “Without outright house price falls, it’s a slog.”

Only two analysts in the poll forecast a fall in prices, and one of them said not until 2023. All but one who answered a question about affordability over the next two to three years said it would stay the same or worsen.

Measures introduced this year by the government and the RBNZ – with rates still at record lows – so far have failed to cool the market.

“Nationwide affordability continues to worsen,” said Brad Olsen, principal economist at Infometrics. “(For) house price to income ratios to fall back from around 7 to the more affordable ratio of 3 would require a 56% fall in house prices or a 130% increase in incomes, meaning improved affordability will take a considerable time.”

Earlier this month, the Human Rights Commission announced an inquiry into New Zealand’s property market, saying the housing crisis is having a “punishing impact” on marginalized communities and is leaving many people homeless.

However, all respondents in the poll to an additional question said central bank and government measures to cool property prices would have a significant impact, including one who said very significant.

“The house always wins … We expect that house prices will continue to rise over the coming year, but that the pace of increase will slow as mortgage rates lift from their recent lows,” said Michael Gordon, chief economist at Westpac.

“That’s likely to take some of the steam coming out of the housing market,” Gordon added. “And combined with changes to the tax system, the middle part of the decade is likely to see some modest price declines.” 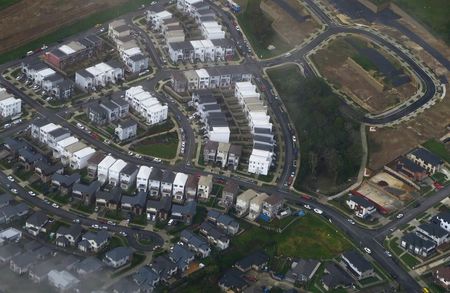 (Reuters) -Alphabet Inc's Google will take a smaller cut when...