LONDON (Reuters) – New York has increased its market share in trading euro interest rate swaps at London’s expense, data group OSTTRA said on Thursday, in the latest sign of how global financial markets are being permanently fragmented by Brexit.

Trading in euro rate swaps began leaving London for the European Union and United States after Britain fully left the bloc on Dec. 31.

EU banks could no longer trade euro swaps in London and must use a platform in the bloc or those approved by EU regulators, such as in the United States and Singapore.

OSTTRA, a new joint venture between CME Group and IHS Markit, said that in the second quarter of 2021 U.S.-based platforms accounted for 23% of euro rate swaps by volume, up from 18% in the first quarter.

For UK and EU counterparties that want to trade with each other, they have little choice but to use U.S. platforms.

In contrast, London’s share in euro swaps fell from 11% to 8% over the two quarters, while that of EU-based platforms remained flat at 26%.

There has been little or no change in where rate swaps are being cleared, OSTTRA said.

The EU is now putting pressure on banks to shift clearing in euro swaps from the London Stock Exchange’s LCH unit in London to Deutsche Boerse in Frankfurt, but has met broad opposition so far.

LCH has permission to clear trades for EU clients until June next year, and Brussels has yet to say if this will be extended in any form.

Bankers have warned that if permission is not extended, clearing will likely go the same way as trading, with chunks shifting to the United States.

Billions of euros worth of daily euro share trading has also left London for Amsterdam and other EU financial centres, prompting Britain to review its capital market and listing rules. 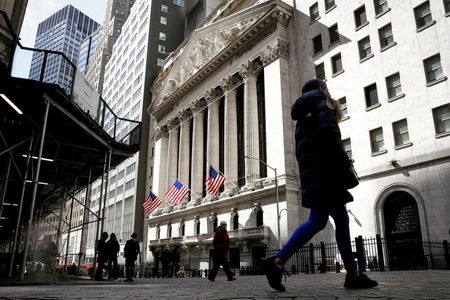 China crackdown on tech and overseas-listed shares prompts sell-off of Didi, others

Malaysia to shut some Top Glove factories in phases amid virus...