By Melanie Burton and Gus Trompiz

MELBOURNE (Reuters) -Prony Resources said on Wednesday Tesla Inc had agreed to purchase around 42,000 tonnes of nickel in a multi-year deal – a pact that is set to make the New Caledonian miner a key supplier of the metal to the U.S. electric car maker.

Prony, which bought the loss-making nickel operations in the French territory from Brazil’s Vale SA this year, added it aims to produce 44,000 tonnes of nickel by 2024, double its expected 2021 output.

Electric vehicle makers have made securing sufficient supplies of nickel – a key ingredient in automotive batteries – a top priority and are particularly keen to seek out sustainable and low-carbon nickel supplies.

The agreement with Tesla will make the carmaker by far Prony’s largest customer, Antonin Beurrier, the miner’s chief executive, said during a news conference.

The 42,000-tonne volume was indicative and could vary, he said, declining to specify the duration or other details of the deal.

The supply agreement with Tesla was negotiated by Swiss commodity trader Trafigura, a shareholder in Prony Resources, and signed last month, he added.

Tesla was already associated with Prony as an adviser on product and sustainability standards. The carmaker has also signed a deal to take supply from BHP’s nickel operations in Australia earlier this year.

Its focus on producing an intermediate nickel product that can be processed for batteries has allowed Prony to benefit from rising nickel prices this year and become profitable in core earnings in recent months, he said. [MET/L]

However, a coronavirus outbreak in New Caledonia and planned maintenance are expected to hit output and profitability for the rest of this year, Prony said.

It also expects the nickel market to return to a surplus for four years from 2022, partly as top producer Indonesia will boost supply, before exponential battery demand outstrips supply again, it said.

Prony is 51%-owned by New Caledonia’s provincial authorities and other local interests, while Trafigura has a 19% stake and the rest is held by a joint venture between Prony Resources management and investment firm Agio Global.

The miner is planning to borrow 220 million euros ($254.2 million) from the French state, subject to approval in France’s 2022 budget, on top of a 200 million state loan earlier this year to help cover investments in production and improving waste treatment at its nickel site.

Prony will also choose in December a partner to develop a new electricity plant for the site to support a goal to halve its carbon emissions by 2030 and become carbon neutral by 2040, Beurrier said.

The future power plant will be solar-based and replace a current coal-fired installation, he added.

(Reporting by Melanie Burton and Gus Trompiz in Paris; Editing by Edwina Gibbs) 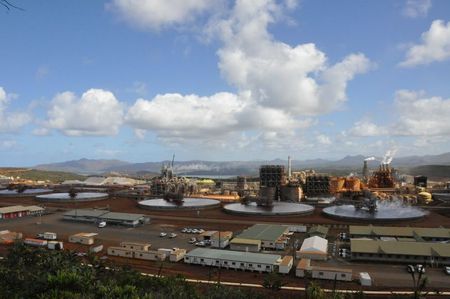 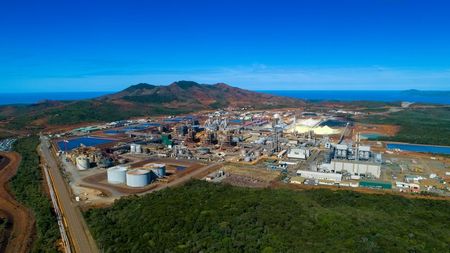 ‘We trusted that our equipment would work,” says Army vet, as U.S. trial over...

Dollar rises but still set for biggest weekly loss since May

Almost like being there: Making the most of virtual conferences