CHICAGO (Reuters) – Berkshire Hathaway’s private aircraft firm NetJets said on Monday that it has temporarily halted plans to add supersonic jets to its fleet after news that Boeing Co-backed Aerion was unable to raise funding for production.

NetJets, the world’s largest private jet company, said in March it had obtained purchase rights for 20 of Aerion’s AS2 aircraft. But plans for the first supersonic business jet stumbled over financing issues.

“In the current financial environment, it has proven hugely challenging to close on the scheduled and necessary large new capital requirements to finalize the transition of the AS2 into production,” Aerion said in a statement.

After Aerion’s announcement, NetJets said its supersonic fleet plans were on hold.

“However, we remain interested in the future of supersonic aircraft and will investigate other ventures,” it said in a statement to Reuters.

Boeing, which made a strategic investment in Aerion in 2019, said: “While we are disappointed Aerion could not secure additional funding to continue their work, we remain committed to working with innovative and creative partners who, like Aerion, continue to push limits on groundbreaking technology.” 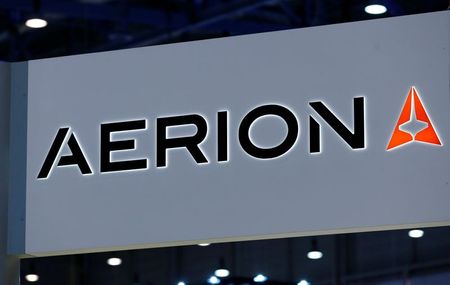 Fed’s Evans sees 7 rate hikes this year, but says that...