NEW YORK (Reuters) – Morgan Stanley’s global head of prime brokerage business, Edward Keller, is stepping down due to a health issue, according to an internal bank memo sent to staff.

Penny Novick and Kim Shaw have been named the new global co-heads of prime brokerage, according to separate memo seen by Reuters.

Keller joined Morgan Stanley in 1994, and has worked in the prime brokerage business since 2009. He previously ran global equity sales for the bank in the Americas, according to a profile of him on Northwestern University’s Kellogg School of Management’s website, where Keller studied.

“Ed has been as responsible as anyone for the growth of our prime brokerage business and by extension for the return of our equities franchise to prominence,” according to the memo, which was signed by the bank’s three global co-heads of institutional equities, Alan Thomas, Gokul Laroia and David Russell.

Novick and Shaw are the first women to be named to run the bank’s prime brokerage business, which works with hedge funds and other big investors.

Keller plans to return to the bank once he has recovered in a senior advisory role, according to the memo. 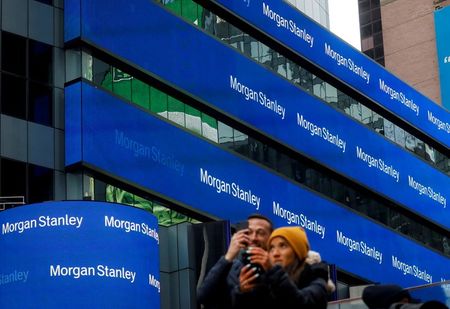 Pfizer to pay $11.6 billion for Biohaven to tap migraine market

Amazon strikes $3.5 billion deal for One Medical in long march...