LONDON (Reuters) – Morgan Stanley has hired former Bank of America banker Luigi Rizzo for a new client-facing role overseeing a drive to win business from a wide spectrum of companies across Europe, the Middle East and Africa (EMEA), sources familiar with the move told Reuters.

Rizzo, who was at the helm of Bank of America’s European corporate and investment banking and quit in late 2019, will become Morgan Stanley’s vice chairman of investment banking for EMEA, the sources said, speaking on condition of anonymity.

A seasoned dealmaker who started his career at Goldman Sachs in 1993, Rizzo rose through the ranks, becoming a partner in 2008 and working closely with some of Europe’s most prominent dealmakers including Diego De Giorgi, now co-CEO at Pegasus Europe.

In 2013 he joined Bank of America to take on top jobs in both M&A and investment banking for the EMEA region, and moved to Paris after the Brexit referendum to oversee the bank’s rollout across the EU.

In his new role he will advise clients, including consumer and retail companies, financial institutions and TMT (telecoms, media and technology) conglomerates in their efforts to pursue strategic combinations that could speed up their post-COVID recovery.

The 50-year old Italian, who is also a lecturer at various business schools including Solvay Brussels School of Economics and Management, where he graduated, will be based in London and report to Morgan Stanley’s head of investment banking Simon Smith.

His appointment comes as Morgan Stanley – which ranked second after Goldman Sachs in Refinitiv’s global M&A league table last year – aims to take advantage of a rebounding M&A market, with an overall $2.4 trillion worth of M&A deals announced globally during the first five months of 2021.

In May alone global dealmaking volumes hit a monthly record of $532.9 billion. 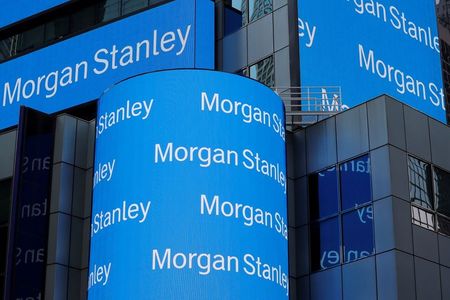 Fed’s Bullard wants to get rates up to 3.5% by year end

Giga-casting and robots: How Volkswagen’s Trinity aims to catch up with Tesla

Renault teams up with Atos on data gathering

CVC says it has not made new offer for TIM’s enterprise...