“We’re comfortable with where we are,” she said when asked if more job cuts were being considered after a 2% reduction late last year.

Her comments came after Morgan Stanley reported a smaller-than-expected 41% drop in fourth-quarter profit on Tuesday as the bank’s trading business got a boost from market volatility, offsetting the hit from sluggish dealmaking.

Morgan Stanley had cut 2% of its headcount in December, or about 1,600 jobs, a source had told Reuters earlier.

The latest comments came after Goldman Sachs Inc became the first major bank to commence large layoffs this year, letting go of more than 3,000 employees in its biggest round of job cuts since the 2008 financial crisis.

She also said the bank’s mark-to-market losses on corporate loans include debt to Twitter Inc. Morgan Stanley and Bank of America Corp are among the banks that provided a $13 billion loan to finance Elon Musk’s acquisition of Twitter.

Bank of America Chief Financial Officer Alastair Borthwick last week said the company accounts for any mark-to-market losses on leveraged loans in its results, without giving details on any large deals.

“We mark our positions every week,” and books profits or losses via its investment banking and trading arms, Borthwick said.

Yeshaya also said that the bank has 200 basis points of excess capital, which gives it the flexibility from an investment perspective and return of capital to shareholders.

Morgan Stanley had 15.3% in Common Equity Tier 1 capital or CET1. 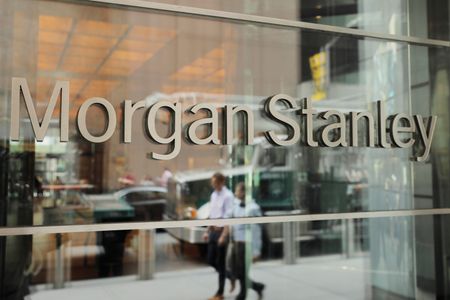 Mitsubishi Motors says it may suspend car production, sales in Russia due to sanctions

As EVs go mainstream, a rush for share of home charger market

WuXi Biologics sees no impact from addition to unverified list for...