NEW YORK (Reuters) – Morgan Stanley’s efforts to improve the diversity of its workforce and senior management have not proceeded as quickly as Chief Executive James Gorman would have liked, he said in prepared testimony posted on Tuesday.

Wall Street bank chiefs are expected to face tough questions in U.S. Congress on hot-button social and economic issues when they appear before House and Senate committees on Wednesday.

Ahead of the hearing, Morgan Stanley was asked to assess its successes and failures recruiting a diverse workforce generally and at the senior executive level specifically.

“I acknowledge that progress in this area has been slow for us and we can and should do better,” Gorman said. “The events of 2020 focused all of us in a way we had not been before and this was the ultimate call to action to make meaningful change.”

Morgan Stanley faced criticism from some advocacy groups last week following a reshuffle of senior management which positioned four white men as potential successors to Gorman, who has run the bank since 2010.

“Every senior manager is required to have a succession plan for his or her senior team members, and part of that plan must include developing a diverse candidate pipeline,” he said.

Other Wall Street banks also used their prepared testimony to detail efforts to increase the diversity of their workforce and provide more services to minority communities.

The banking industry cannot ignore the role it played in the past in contributing to “systemic inequities,” said Citigroup Inc chief Jane Fraser. 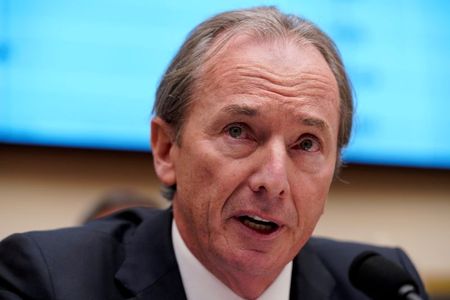 With reshuffled cabinet, PM Kishida gets to work in choosing next BOJ head