SHANGHAI (Reuters) – Authorities in China’s northwestern province of Qinghai and a district in neighbouring Xinjiang ordered cryptocurrency mining projects to close this week, as local governments put into practice Beijing’s call to crack down on the industry.

China accounts for a over half of global bitcoin production, but some miners have been considering moving elsewhere after the State Council, China’s cabinet, vowed to clamp down on bitcoin mining and trading last month.

“We are standing at an inflection point for the mining industry here in Asia,” said Lei Tong, Managing Director Financial Services at Babel Finance, a Hong Kong-based crypto lender and asset manager.

“Many miners now are seriously re-evaluating their future operational plans as the current regulatory environment is unfavorable for their growth and the scaling of their business.”

The Qinghai office of China’s Ministry of Industry and Information Technology, on Wednesday ordered a ban on new cryptomining projects in the province, and told existing ones to shut down, according to a notice seen by Reuters and confirmed by local officials.

Cryptominers who set up projects claiming to be running big data and super-computing centres will be punished, and companies are barred from providing sites or power supplies to mining activities.

The Development & Reform Commission of Xinjiang’s Changji Hui Prefecture also sent out a notice on Wednesday, seen by Reuters and confirmed with officials, ordering a cleanup of the sector.

Xinjiang is China’s biggest bitcoin mining centre, accounting for about a third of total computing power. Qinghai is in ninth place, according to data compiled by the University of Cambridge.

China is stepping up a clampdown on cryptocurrencies after a global bull run in bitcoin prices rekindled local speculation.

As well as the move by the State Council, three industry bodies banned crypto-related financial and payment services, one factor behind a global selloff that briefly wiped $1 trillion off crypto market capitalisation.

Other local governments have already responded. Inner Mongolia, China’s third biggest mining centre, has published draft rules to root out the business and authorities in Sichuan, in second place, have announced a probe into the sector.

“Scouting for new destinations is truly happening on a global scale with North America and Europe among the most sought after places, followed by countries in Central Asia and the Middle East,” said Tong of Babel Finance.

(Reporting by Samuel Shen in Shanghai and Alun John in Hong Kong; Editing by Kim Coghill) 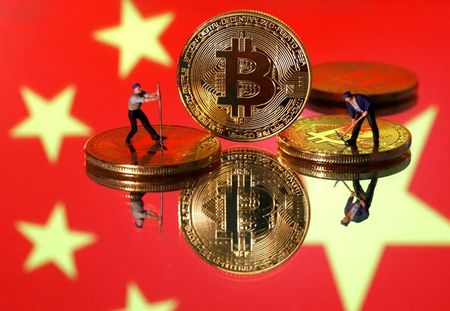 Two-thirds of workers might seek new jobs if forced back to office – global...

Petra Diamonds annual revenue up 44% on U.S. demand for gems