(Reuters) – CEO turnover spiked in the first half of 2021, as companies tapped new talent to navigate the aftermath of the COVID-19 pandemic and stressed-out chief executives sought a career change, a study from recruiting firm Heidrick & Struggles found.

The findings illustrate how CEOs are not immune to the exhaustion that has swept hundreds of millions of workers worldwide since the onset of the pandemic and has pushed many to consider a new job or lifestyle in a wave dubbed “The Great Resignation.”

“Our belief is that it will only accelerate going into next year as people have delayed their retirements,” said Jeff Sanders, co-managing partner of Heidrick’s global CEO and board practice.

There were 103 CEO appointments in the first half of 2021 out of 1,095 companies in 24 regions that Heidrick studied, including the United States, China and some European countries.

Six months prior, in the second half of 2020, 49 companies changed CEOs, according to the study.

Most companies kept their leaders in place last year as they closed ranks to deal with the challenges of the pandemic. But as it receded with the help of vaccines, companies felt they were stable enough to find a new leader, Sanders said.

“Many CEOs didn’t have to travel as much,” which helped them preserve their energy, Sanders said. But communicating “virtually” in a new medium was “exhausting,” he said.

The reluctance of many boards to meet CEO candidates physically or place risky bets on outsiders while the pandemic lingers favored internal applicants, the study found. Nearly two-thirds of new CEOs were internal candidates, up from just a little over half during the same period in 2020.

Women made up 13% of the new CEOs in the first half of this year, up from 6% in the prior period in the regions the report studied.

Yet the churn did not lead to big strides in diversity, according to the study. It found that 3% of Fortune 100 CEOs are Black, 4% are Hispanic or Latino, 4% are Asian and 1% are Middle Eastern or North African, less than their share of the U.S. population.

“I don’t think (CEO diversity) is where it needs to be,” Sanders said. 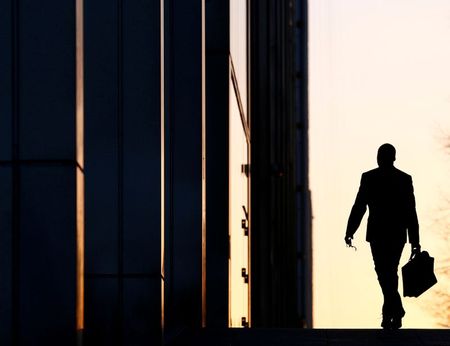 (Reuters) -Match Group Inc said on Wednesday it would pay...

Eurogroup head Donohoe confident recovery can be sustained despite Omicron