By Saikat Chatterjee and Dhara Ranasinghe

LONDON (Reuters) – As inflationary pressures mount worldwide, money markets are charging ahead with pricing aggressive interest rate rises, in most cases betting that policy will be tightened far sooner and at a much faster pace than rate-setters are signalling.

Energy prices at multi-year highs and relentless supply chain snarls have raised fears of a future inflation spike, while Norway and New Zealand have become the first developed countries to lift rates as economies recover from the COVID crisis.

And hawkish shifts at the Bank of England and the U.S. Federal Reserve lead investors to believe rate hikes are around the corner elsewhere too.

Accordingly, interest rate futures are rapidly ramping up rate-hike bets; Britain has seen some of the biggest moves with 19 basis points worth of tightening priced for the BOE by end-2021, versus the 2 bps expected a month ago.

The messages are often in conflict with those from central bankers, who remain adamant that higher inflation is transitory and there is no rush to tighten policy. They also contrast with the view that economic growth is moderating; Goldman Sachs for instance has cut U.S. growth forecasts for 2022.

And finally, they are at odds with signals from other market segments; forward inflation swaps for instance still see euro zone prices below 2% in ten years time.

Most analysts say market pricing is aggressive, especially so in regions such as the euro zone where policymakers have downplayed inflation risks.

“What the market has learned about the Fed or BoE is that they have their guidance but when push comes to shove they go back to the mantra of rate hikes,” said Peter Schaffrik, global macro strategist at RBC Capital Markets.

“Look at the BoE, Norges Bank, they are all shifting and markets are saying the ECB can’t be the odd one out. I tend to think the ECB will be cautious and will try and sit on their hands as much as they can.”

While some rate hike expectations have been fuelled by hawkish policymakers, the change in investor perception is eye-catching in other instances.

In Australia, markets have ratcheted up expectations of higher interest rates next year by 40 bps even as the Reserve Bank insists it will keep policy super-easy out to 2024.

Analysts say the money market moves may heap pressure on central banks, and heighten fears of falling behind the curve.

Marija Veitmane, a senior strategist at State Street Global Markets, does not expect aggressive rate hiking cycles in any major economy, but she acknowledged that “given the conflicting economic cross-currents, central banks around the world are caught between the rock and the hard place right now”.

For a graphic on UK gilt curve:

For a graphic on ECB rate hike bets jump: 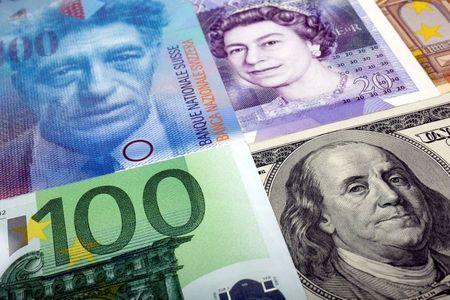 CFTC chair steps down, academic Chris Brummer in lead to replace him: sources