MEXICO CITY (Reuters) – Mexican airline Interjet hopes to strike a deal with creditors within a year so it can re-start operations after it shut down during the coronavirus pandemic in December, the firm representing it in the debt talks said.

Shareholders of the carrier owned by ABC Aerolineas reached an agreement in April for Interjet to seek commercial bankruptcy to allow it to restructure $1.25 billion in liabilities. Interjet had also been struggling before the pandemic.

Argoss Partners, the firm tapped to negotiate with Interjet’s creditors, told Reuters in an interview on Thursday that a judge was expected to start the bankruptcy process soon.

Carlos Ortiz-Cañavate, a partner at Argoss, said Mexican law requires a deal to be met with creditors within a year.

“At maximum, it’s 365 days. The sooner we can fly again, the better,” he said, without giving a more specific date.

Interjet’s spokesman, Carlos del Valle, said it was too early to say when the firm might restart operations.

Igor Marzo, another Argoss partner, said Mexico’s tax authority is Interjet’s biggest creditor. He declined to state the amount owed, and said employees would have priority on collecting back pay.

The airline’s union, made up of more than 5,000 people, went on strike in January demanding back wages.

Marzo said Interjet is talking with potential investors who could help the airline pay down its debt, but declined to name the potential funders.

“To keep negotiating you need an inflow of capital,” he said. 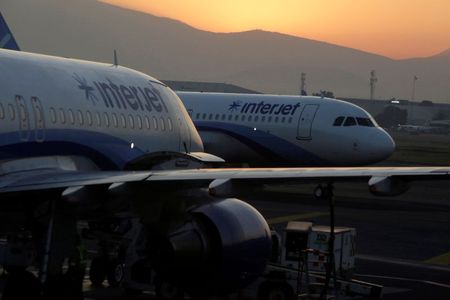