MEXICO CITY (Reuters) – The Mexican government on Wednesday signaled it would be alert to possible antitrust implications of Citigroup’s sale of its consumer banking operations in Mexico, and said it expected plenty of bidders to emerge for the assets.

In a statement, the finance ministry said the departure from Mexico of the country’s no. 3 consumer bank “raises delicate matters for the finance and regulatory authorities, which will receive rigorous and strict attention from the finance ministry, including a fundamental issue regarding concentration.”

Finance Minister Rogelio Ramirez de la O said the government had “no bias” about who could acquire the Citibanamex assets and that domestic and foreign bidders were welcome to compete.

“In due course, as the process matures, the Mexican government will be observing and looking at the different offers,” Ramirez told Reuters in an interview.

His ministry said Citigroup Chief Executive Officer Jane Fraser came personally to Mexico “to explain the decision, and stressed the bank will maintain its wholesale corporate banking activities in our country, which will involve new investments.”

A finance ministry spokesperson said Fraser was in Mexico 10 days ago and met Ramirez. The minister told Reuters he had briefed President Andres Manuel Lopez Obrador on her visit.

Ramirez stressed that the government wanted the Citibanamex assets up for grabs to preserve their value.

“And that the bank retains its magnitude so that savers and account holders of the bank don’t feel any kind of uncertainty,” he said, underlining that Mexico’s government itself did not have any interest in acquiring the assets.

Citigroup did not immediately respond to a request for comment.

“There are sure to be various business groups interested in putting forward a purchase offer,” Lopez told a regular news conference, standing in for Lopez Obrador after the president said he had contracted COVID-19 for a second time this week. 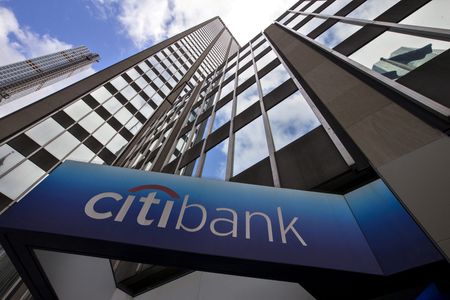