MEXICO CITY (Reuters) – Mexican President Andres Manuel Lopez Obrador on Thursday urged domestic investors to snap up the consumer banking arm of Citigroup in his country after it went on sale this week.

“We can turn it into something very good, if, without authoritarian measures, it’s possible to Mexicanize this bank,” Lopez Obrador said in a video address from his office, where he is recovering from a COVID-19 infection.

Citigroup said on Tuesday it would sell its Citibanamex consumer banking operations, ending a two decade retail presence in Mexico. Still commonly known as Banamex, the bank Citi bought in 2001 has long been a fixture on Mexican high streets.

Mexico’s Finance Minister Rogelio Ramirez de la O said on Wednesday the government had “no bias” on whether foreign and domestic bidders went for the Citi assets, though Lopez Obrador made clear he hoped they would be bought by Mexicans.

The president welcomed that Mexican tycoon Ricardo Salinas had signaled interest, then said other prominent business figures, including billionaire Carlos Slim of Grupo Financiero Inbursa , Carlos Hank Gonzalez, chairman of the board of Grupo Financiero Banorte and entrepreneur Javier Garza Calderon, could also be bidders.

Citibanamex currently has the second-biggest retail deposits in Mexico, just ahead of Banorte, the largest Mexican-owned lender, according to research by Credit Suisse.

Lopez Obrador stated that bidding for the Citi assets was not closed to foreign investors. But he underlined that “we would like this bank to become Mexican.” The president said foreign shareholders tended not to reinvest in the country. 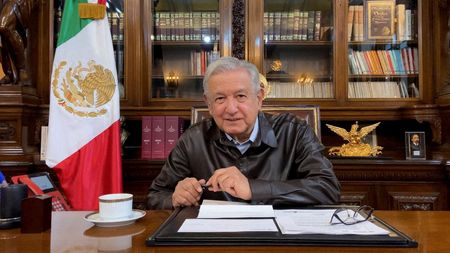 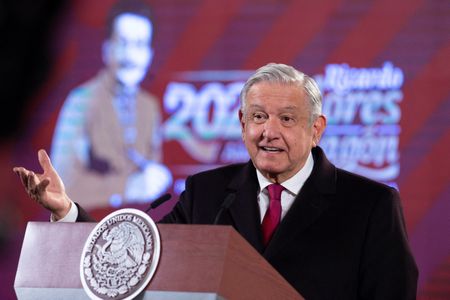 China urges U.S., others to stop wrongdoings after import ban on Xinjiang products

Indexes close up more than 1% as investors assess Fed news