BEIJING (Reuters) – The founder of food delivery giant Meituan will donate shares worth about $2.27 billion to his personal charity, a stock exchange filing late on Thursday showed, making him the latest Chinese tech billionaire to make such a gesture.

The donation of shares by Chief Executive Wang Xing comes as Meituan and other so-called platform economy companies have come under the scrutiny of China’s anti-trust regulator, which announced a probe into Meituan in April.

“The changes regarding Wang Xing’s interest in shares of Meituan represent a personal asset allocation decision that was made out of philanthropic considerations,” the company said in a statement. “This decision does not reflect any changes in his dedication to Meituan’s business.”

In March, the founder of e-commerce giant Pinduoduo, Colin Huang, announced he was stepping down as chairman after last year giving away 2.37% of his shares, worth $1.85 billion.

Last month, ByteDance founder Zhang Yiming announced he will step down as CEO of the TikTok owner.

“The timing is a bit sensitive,” said Xie Wen, a former Yahoo China president turned critic of the Chinese tech sector, adding that he does not believe there is one single reason behind such decisions.

“Wang is a person with a sense of social responsibility, according to my understanding of him,” he said.

(This story refiles to correct name of company in paragraph 1 to Meituan from its former name Meituan Dianping.) 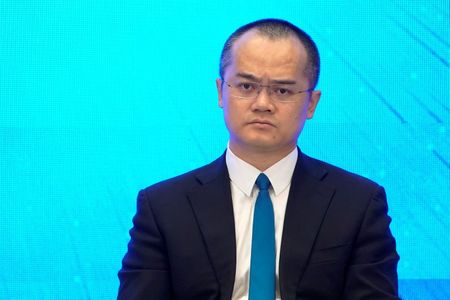 Wall Street watchdog to laid-off crypto employees: work for us