(Reuters) – Walt Disney Co’s Alan Horn, who turned the company’s studio business into a media powerhouse and oversaw blockbusters such as “Avengers:Endgame” and “Black Panther”, is retiring at the end of the year after nearly a decade.

A former U.S Air Force captain, Horn joined Disney in 2012 and led the integration of Marvel Studios, home to some of the biggest box-office successes worldwide. Horn also oversaw “Star Wars: The Force Awakens” – the highest-grossing domestic release in history.

Horn’s departure is the latest in a series of management changes at Disney as the company shifts its strategy from big screen to streaming. In 2020, Bob Chapek took over as CEO, replacing Bob Iger who took on the role of executive chairman.

Disney named Horn chairman of Disney Studios in 2012 but he started splitting duties along with longtime executive Alan Bergman in the last two years. Horn led the unit as its chief creative officer most recently.

Before joining Disney, Horn was credited with the success of the Harry Potter and Batman franchises, “Seinfeld” and “The Shawshank Redemption”.

Other Disney executives who have announced plans to leave by the end of this year include Alan Braverman, Disney’s general counsel, Zenia Mucha, the company’s head of communications and Gary Marsh, the president and chief creative officer of Disney Branded Television.

(Reporting by Eva Mathews in Bengaluru; Editing by Saumyadeb Chakrabarty) 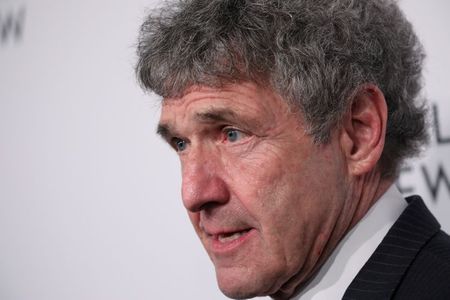 SoftBank set to invest in more than a dozen U.S. minority-led startups

Deutsche Telekom to keep grip on T-Mobile in chase for U.S....