Home Asia Marketmind: Who wants to be a central banker?

A look at the day ahead in markets from Sujata Rao.

A half-point U.S. Fed interest rate rise was always a done deal for Wednesday, but with annual inflation rising at the fastest since 1981, expectations are growing of a 75 basis-point move, either this month, or at one of the bank’s upcoming meetings.

That’s sent two-year Treasury yields to 15-year highs at almost 3.2%, having jumped 40 bps last week. The dollar has surged back to four-week peaks.

But the combo of inflation and central bank action is tightening the screws on the economy, sending U.S. consumer sentiment to a record low in early-June.

With the 2-year/10-year Treasury yield curve back on track for inversion, recession warnings are flashing.

The Fed is not the only game in town this week, with policy meetings scheduled in Britain, Japan and Switzerland. The Bank of England, particularly, has its work cut out, after Monday’s data showed GDP shrank in April.

Near-10% inflation (exacerbated by sterling weakness) will force the Bank of England stick to plans for a 25 bps rate hike on Thursday, but navigating the inflation-growth dilemma may prove trickier than elsewhere.

Given inflation angst has transformed hitherto-dovish policymakers into hawks, more surprises may loom; the Swiss National Bank may decide on Thursday it’s time for a hawkish pivot and Sweden may spring a half-point rate rise on Friday.

And Japan? The yen is at 24-year lows beyond 135.20 per dollar, despite last week’s joint government-central bank statement that raised expectations of currency intervention.

What would really stem yen decline is a softer Bank of Japan line on yield curve control.

But there’s no such pivot yet; the BOJ plans to buy 500 billion yen ($3.70 billion) of government bonds on Tuesday to keep 10-year yields within 0.25 percentage points around 0%.

European and U.S. shares are looking at a dour session ahead and world stocks are at the lowest in three weeks. 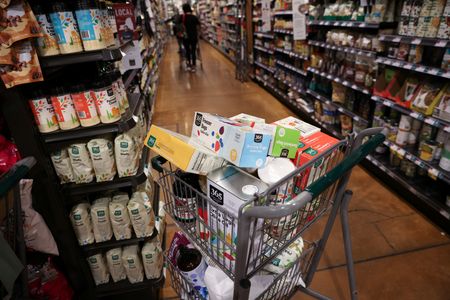 Pershing Square to buy extra 2.9% of Universal Music for $1.15 billion

Prada appoints ESG experts Culpepper and Rugarli to board