Home Asia Marketmind: Sold, to the billionaire at the back of the room

A look at the day ahead in markets from Dhara Ranasinghe.

Asian stocks rallied, taking their cue from Wall Street, and European shares are tipped to open over 1% higher.

Yet the headwinds that grabbed market attention on Monday have not gone away and will continue to test the bounceback.

Let’s start with Russia. Foreign minister Sergei Lavrov on Tuesday warned the world not to underestimate the considerable risks of nuclear conflict.

Then, central banks. The European Central Bank’s Martins Kazaks joined a chorus of policymakers calling for a swift exit from stimulus, suggesting the ECB should raise rates soon and has room for up to three hikes this year.

Finally, China. Three-quarters of Beijing’s 22 million people lined up for COVID-19 tests on Tuesday, as authorities in the Chinese capital raced to stamp out an outbreak.

Fears of the kind of city-wide lockdown that has shrouded Shanghai for a month are raising concerns for the world’s second-biggest economy. Any slowdown will no doubt ripple out more widely.

Such worries have pummelled the yuan, pushing it 3.5% lower this month. It got minimal marginal respite from the central bank’s pledge on Monday to cut the amount of foreign exchange banks must hold as reserves.

The session ahead will be dominated by earnings. In the European banking landscape, HSBC stood out with a 27% Q1 profit drop which contrasted with the resilience displayed by UBS and Santander. 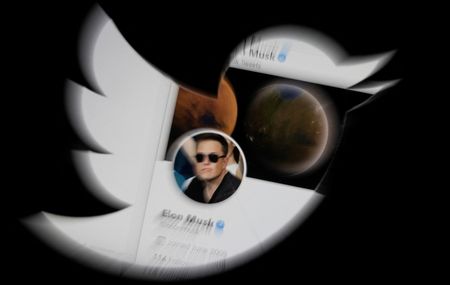 Tesla ordered to pay over $130 million to Black former worker...