It doesn’t seem to matter where you look these days, that long asleep beast – inflation – is clearly wide awake.

Data on Thursday showed China’s factory gate prices grew at their fastest pace on record in September, a day after figures showed another solid increase in U.S. consumer prices.

The take away from markets is that transitory or not, central banks are likely to respond to higher inflation sooner rather than later.

Fed Funds futures have pulled forward expectations for the first hike from late in 2022 to almost fully price a 25 basis point hike by September.

In addition, money market pricing suggests the Bank of England could move before year-end, the cautious European Central Bank could tighten next year and the overtly dovish Reserve Bank of Australia could raise rates by end-2023 — a trajectory that doesn’t gel with the central bank’s guidance.

Markets, having priced in higher inflation and a tighter monetary policy outlook, appear to be in a calmer mood in early Europe. Asian shares rallied overnight, European and U.S. stock futures are higher too. U.S. Treasury yields, while a touch higher, are holding below recent multi-month highs.

Still, China property shares fell as investors fretted about a debt crisis in the sector.

The Turkish lira, at record lows versus the dollar, is also in the spotlight after Turkey’s President Tayyip Erdogan dismissed three central bank officials.

– BOJ policymaker rules out stimulus withdrawal even after economy recovers 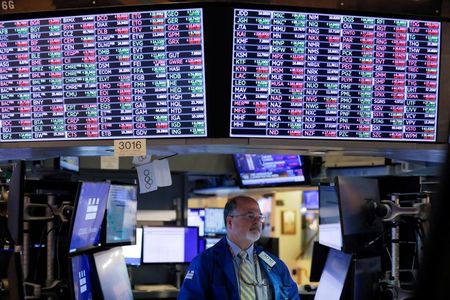 The cost of caregiving: When financial and emotional stress compound

Twitter stepped up search to fill top security job ahead of...

Take Five: After the storm