A look at the day ahead from Sujata.

A week that started with expectations of hawkish central banks, flattening bond yield curves and an equity correction is heading for a calmer end after Fed assurances that rate hikes were not yet on its mind and the Bank of England stunned markets by keeping policy steady.

And with “real” or inflation-adjusted yields resuming their fall, global equities appear headed towards the $100-trillion market cap mark.

The odd central bank-fuelled hiccup will be thrown in, doubtless, and don’t forget China’s property malaise — shares in homebuilder Kaisa were suspended after an affiliate missed a payment, pulling Chinese bourses lower and knocking European and U.S. futures.

Economic data meanwhile continues to underwhelm, with Germany’s industrial output down sharply in September, hit by supply bottlenecks. Japan’s household spending fell in September in a sign the economy shrank in the third quarter. 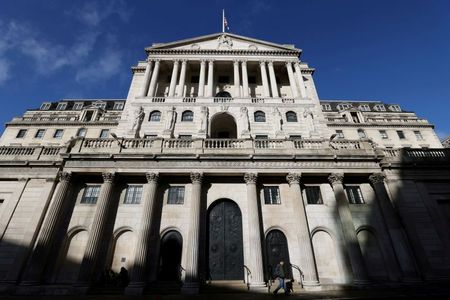