Home Asia Marketmind: A lacklustre end to a painful week

A look at the day ahead from Karin Strohecker.

It hasn’t been a pretty week for equity investors – or many others really.

The Delta variant keeps spreading, economies keep slowing, China keeps going with its regulatory crack down. And on top of that, Fed tapering remains likely this year – leaving some to fear that Jerome Powell’s team could deliver what they see as a policy mistake, tapering into a slowing economy.

World stocks are set for a 2.5% weekly drop, the Hang Seng tech index has tumbled 12% over the same period – both suffering their worst such falls since February.

Hopes that more stimulus from China could shore up sentiment faded after Beijing’s central bank left its benchmark interest rate unchanged for a 16th consecutive month.

Predictably, the safe-haven dollar is enjoying all this and scaling fresh 9-1/2 month peaks, inflicting some losses on commodities. Oil is on track for a weekly loss of over 5%, while global bond yields stayed subdued.

Now it’s all eyes on the Fed’s annual research conference in Jackson Hole, Wyoming, next week, where Powell will give a closely watched speech.

In the meantime, Germany said its economy is on track for a lasting, probably stronger recovery in the third quarter driven by lively domestic demand as markets fret over another coronavirus wave rippling through the region.

British supermarket Morrisons is in focus after it upended a take over bid from a consortium led by Fortress Investment Group by agreeing to a higher offer worth 7.0 billion pounds ($9.5 billion) from U.S. private equity group Clayton, Dubilier & Rice (CD&R). 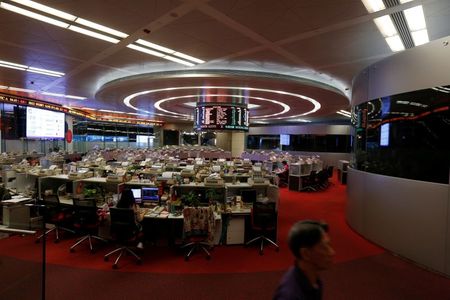 Oil dips as prices struggle to break through demand uncertainty

Buying diamonds in lockdown? WhatsApp can be your best friend