KUALA LUMPUR (Reuters) – Malaysia’s flagship budget carrier AirAsia Group Bhd posted a smaller loss in the second quarter amid a jump in revenue, even as an enhanced lockdown dampened sales during an ongoing slump in travel, a bourse filing showed on Wednesday.

Revenue was 160% higher at 370 million ringgit, boosted by cargo revenues. Under its digital arm, revenue from its logistics business tripled while the fintech unit revenue was 56% higher.

Net loss for April-June was 41.6% lower at 580 million ringgit ($139.66 million), compared with a loss of 992 million ringgit a year ago when the airline hibernated its fleet at the start of the coronavirus pandemic.

Passengers carried for the quarter surged 272% to 758,746 while load factor – which measures how full a plane is – rose nine percentage points to 68%.

AirAsia said it continued with cost containment measures, including cutting headcount and salaries while managing its capacity to match demand.

The group is in negotiations with lessors to restructure lease terms, it said.

“By the end of the third quarter of 2021, we will have completed two batches of lease restructuring and expect to complete the full exercise by the end of 2021,” Group CEO Tony Fernandes said in a separate statement.

Fernandes said AirAsia has sufficient liquidity for the rest of the year and throughout 2022. The group plans to raise up to 1 billion ringgit https://www.reuters.com/business/aerospace-defense/malaysian-carrier-airasia-raise-up-238-mln-via-rights-issue-2021-07-12 through a rights issue by the end of this year.

The group expects all its airline entities – Malaysia, Thailand and Indonesia – to see a gradual pickup in domestic operations in the fourth quarter, following the easing of travel restrictions in line with the increase in vaccination rates. 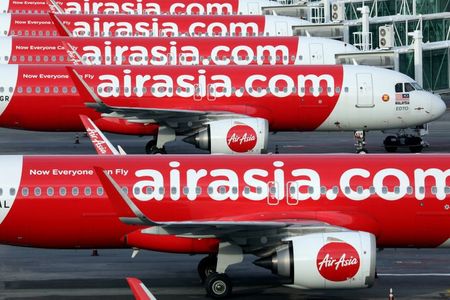 Robotics division of Uber’s Postmates spins out into new company

Analysis: China’s small tech firms step out of the shadows as giants reel from...

Honda halts UK car output on Tuesday and Wednesday due to...