By Liz Lee and Jamie Freed

KUALA LUMPUR (Reuters) -Malaysia’s AirAsia Group Bhd said it has reached a deal with Airbus SE to restructure an order for 362 narrowbody planes worth tens of billions of dollars, including switching 13 A320neos to the larger A321neo model.

Deliveries of the 362 A321neos are now planned through 2035, the cash-strapped airline said on Wednesday, without providing details of the previous timetable.

AirAsia received its first A321neo in November 2019 and currently has four in service after halting deliveries during the pandemic. Airbus sold six A321neos that had been built for AirAsia last year, industry sources have said.

Airbus Chief Commercial Officer Christian Scherer said in a statement that the deal was an example of how the planemaker had worked with customers to adapt to the impact of the pandemic.

Other airlines with large plane orders, most of which are in Asia, are also in the midst of restructuring their orders or are expected to press for relief.

“It is hard to cancel unless an airline goes the bankruptcy or court-aided restructuring route,” said Brendan Sobie, an independent aviation analyst. “The AirAsia order still makes sense given the delivery flexibility and assuming they have resolved the price escalation issue.”

Planemakers typically put price escalation clauses into contracts that lead to price rises when airlines delay delivery but also have the discretion to waive or not fully enforce the price rises.

AirAsia’s auditors have, for more than a year, raised doubts about its ability to continue as a going concern https://www.reuters.com/article/us-airasia-group-strategy-idUSKBN2490GN due to COVID-19’s impact on the travel industry.

AirAsia Group President Bo Lingam said the airline had thoroughly reviewed its network and fleet strategy as it prepares for travel to resume.

“Our business model is robust, and there is a lot of pent-up demand,” he said. “We are confident that our airlines will be able to rebound and recover strongly as soon as travel restrictions are lifted.”

AirAsia said this week had received approval from Malaysia’s only financial guarantee issuer for a loan of up to 500 million ringgit ($120 million) with an 80% government guarantee.

(Reporting by Liz Lee in Kuala Lumpur and Jamie Freed in Sydney; Editing by Christopher Cushing and Edwina Gibbs) 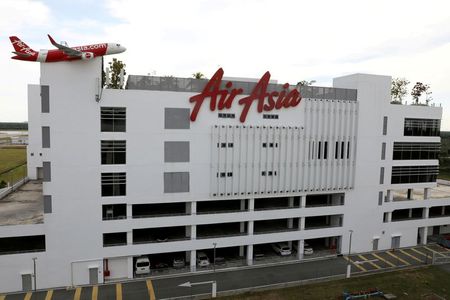 Fed sees little to no growth in much of U.S. as stress mounts