COPENHAGEN (Reuters – The world’s largest shipping firm A.P. Moller-Maersk has suspended five employees as part of an investigation into an alleged sexual assault on one of its ships run by a U.S. subsidiary, and said it was working closely with American authorities.

“We do everything we can to ensure that all of our workplace environments, including vessels, are a safe and welcoming workplace and we’ve launched a top to bottom investigation,” said chief executive officer Bill Woodhour of Maersk Line, Limited in an emailed statement.

Maersk Line, Limited (MLL) is a U.S.-based subsidiary of the A.P. Moller-Maersk group working with the U.S. government to support military, government and humanitarian missions, it said on its webpage.

The firm said it was working with labour unions, the U.S. Merchant Marine Academy (USMMA) in Kings Point, the U.S. Maritime Administration, the U.S. Department of Transportation and the U.S. Coast Guard.

“We write today to express our unwavering support for the individual who has shared her story of a sexual assault that took place during Sea Year,” said Polly Trottenberg, Deputy Secretary at the U.S. Department of Transportation, and Lucinda Lessley, Acting Administrator of the Maritime Administration, in a letter to the Kings Point community dated Oct. 2.

“Sea Year” is a programme run by the academy where cadets gain expertise on ships, and Maersk Line, Limited participates in this programme, where it has trained 732 cadets since 2017.

A spokesperson with the U.S. Department of Transportation’s Maritime Administration (MARAD), said it was aware of the alleged incident, adding that the U.S. Merchant Marine Academy (USMMA) Superintendent had referred it to the Coast Guard Investigative Service on Sept. 28.

“We have zero tolerance for sexual assault and sexual harassment at USMMA and in the maritime industry,” the spokesperson said.

“As we determine the appropriate steps required to increase and ensure the safety of USMMA students, we pledge to listen to and work closely with the entire USMMA community including students, parents and alumni.”

(Reporting by Stine Jacobsen in Copenhagen, Jonathan Saul in London and Daniel Trotta in Carlsbad, California; Editing by Mike Collett-White) 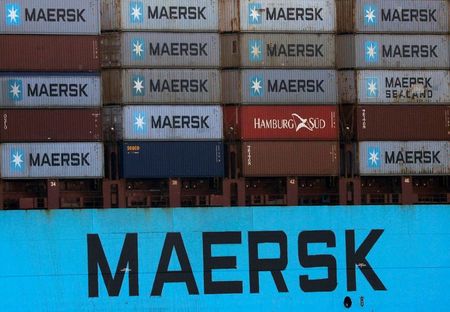 EU electric and plug-in hybrid car sales jump to over 1...