LONDON (Reuters) -Asset manager Legal & General plans to take the rare step of voting to oust energy group Capricorn’s senior leadership and halt its planned merger with NewMed, according to a company document seen by Reuters.

Capricorn shareholders will vote on the NewMed deal on the morning of Feb. 1 before voting in the afternoon on activist investor Palliser’s proposal to overhaul the board. The deal is opposed by Capricorn’s three biggest investors, who say that it undervalues Capricorn.

Investment manager Madison Avenue, Capricorn’s biggest shareholder, has already cast its vote against the board and plans to vote against the NewMed merger, managing partner Eli Samaha told Reuters.

The timing of the shareholder votes means that any resulting shake up could leave a new board bound by the earlier vote on the deal – a point that has come in for criticism from Palliser and Legal & General Investment Management (LGIM).

Most of the shareholders to have publicly opposed the deal with NewMed, the biggest stakeholder in the huge Leviathan gas field in the Mediterranean, are hedge funds.

In Monday’s unusually strongly worded pre-announcement of its intention to vote against Capricorn’s leadership, long-term investor LGIM said its vote was “an unusual step” based on grave concerns.

“The decision to hold the company’s meeting (on the merger) before the shareholder requisitioned meeting (on the board) appears to be a direct attempt to undermine due process,” LGIM said.

“The process to date raises serious questions about the ongoing suitability and fitness of the entire board … to serve as directors of a listed company.”

The asset manager added that its concerns touched on governance, process, future strategy, executive compensation, environmental risks and valuation. It also said Capricorn’s response to its concerns was to suggest that LGIM sells its stake.

A spokesperson for Capricorn, which published a shareholder presentation on Monday in support of the merger plan and accompanying $620 million special dividend, said the company was unable to comment because it had not seen the LGIM document.

NewMed said on Monday that its merger offer was final.

Other shareholders publicly opposed to the NewMed deal include Madison Avenue, which owns an 8% stake, as well as Kite Lake (7.4%), Palliser (6.9%) and Newtyn (6%).

The votes will be decided by a simple majority of shares represented at the meeting. 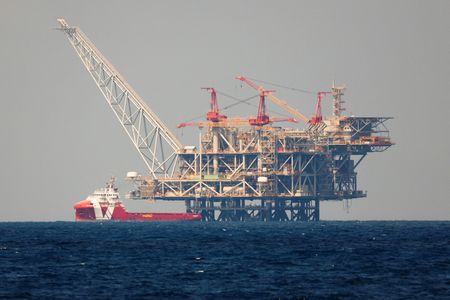 Factbox-How U.S. banks are dipping their toes in the crypto water