By Abhinav Ramnarayan and Huw Jones

LONDON (Reuters) – Britain is rushing out rules to make London’s stock market attractive for ‘blank cheque’ listing vehicles as bankers ready a string of potential floats in Europe as interest in the U.S. fades.

Special purpose acquisition companies (SPACs) have been the biggest trend in global capital markets in 2020 and 2021, with investors pouring more than $300 billion into listing these shell companies before they identify and acquire a business – effectively writing a blank cheque. They offer target companies an easier, quicker listing route at a guaranteed price at a time when many IPOs have failed.

So far, the frenzy has passed by Europe’s biggest financial centre, partly because its rules don’t allow investors more of a say on the acquisition or the option to take out their money if they don’t like the target company. But now Britain, trying to keep the City of London competitive after Brexit, is on the cusp of changing that.

Bankers say several SPAC candidates are waiting in the wings for a London float once new rules come in, by “early summer” according to the Financial Conduct Authority.

“I would probably say we will have 30-40 spacs across Europe in 2021 and London is a big part of that if the rules are adjusted in time,” said Lyle Schwartz, co-head of alternative equity products at Goldman Sachs in Europe, their unit that looks after SPAC listings.

The depth of international liquidity in London’s markets and wide choice of acquisitions would be a draw.

Schwartz said around 30 potential SPAC sponsors, who are generally well-known, deep pocketed institutions or individuals, are in discussions with regulators in Europe and about a dozen of them are now engaging with potential investors.

Time is of the essence as the market for SPACs in the U.S. is already losing momentum with the prospect of rising interest rates, a saturated market and a general shift away from so-called “growth” sector investments.

The fear is that Europe has “come to the party while everyone is getting taxis to go home,” said Tom Matthews, a partner at White & Case in London.

“We have been a bit green with envy at all the activity across the pond, but that said I do believe the changes recommended in the Hill review will make a difference,” he said.

Former European Commissioner Jonathan Hill undertook a review for the British government on developing markets after Brexit and said there was a “real danger” fast growing British tech companies would list in Europe or the U.S. if the country’s SPAC rules were not changed.

Following his review, Britain’s regulators have proposed SPACs which comply with a higher level of investor protection requirements won’t have to suspend trading once they identify a takeover target.

This would avoid locking investors in for an uncertain period of time, which has deterred SPACs from listing in London.

“We are still seeing a lot of interest for SPACs listings in London. We think it is a sensible and viable option for some companies and believe that with the proposed changes SPACs will form a subset of the market,” said Charlie Walker, head of equity and fixed income primary markets at the London Stock Exchange.

Some major fund managers, however, have expressed disquiet.

“In a traditional IPO, bankers work for years with these companies to get them public market ready,” said Adam Welham, head of equity capital markets in Europe for Fidelity Investments.

“If you just have someone coming along and saying we’ve got the vehicle to make you public and you’ll be done and you don’t have to go through all the diligence and learning about what becoming a public company entails, there’s potential for things to go wrong.”

Richard Buxton, head of strategy in the UK for British money manager Jupiter, said SPACs smack of a late cycle trend that London should not be bending over backwards to accommodate. “I just think it’s wrong to be joining in this regulatory rush to the bottom,” he said.

Yet, a few high profile SPAC deals in Europe have had success.

Osborne is said to be looking at teaming up with his U.S. SPAC partner Palihapatiya for another blank cheque foray in London, according to a source familiar with that situation.

Several other private equity firms and corporates are also considering SPAC listings in London and elsewhere in Europe, bankers said.

“My feeling is that investors will be quite selective but sponsors with the type of quality and profile as Pegasus will get deals done,” said Giacomo Ciampolini, who heads alternative equity unit at Citi for the EMEA region. 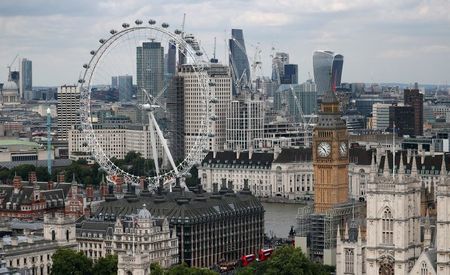 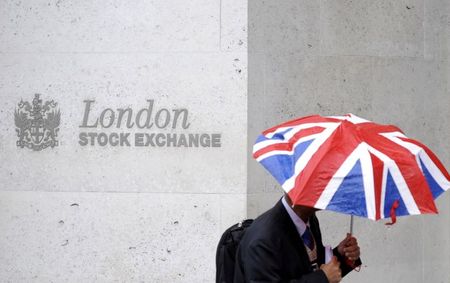 Porsche to set up joint venture with German battery maker

This is Why Shares of Zoom Video Just Gapped Down

Factbox-Five facts on why electric buses are key to Biden’s green...