By Balazs Koranyi and Francesco Canepa

Lagarde pledged to build consensus when she took the top job at the ECB in late 2019 after a fractious end to Mario Draghi’s presidency.

But she has struggled with vocal dissent from policy hawks – who find the bank’s stance too easy at a time of record-high inflation in the euro zone – and persistent leaks about the ins and outs of the internal debate.

Lagarde has now told policymakers to present the majority view to the public after the ECB’s policy decisions, which are published on Thursdays, and hold back “personal” views until the Monday after, four sources with direct knowledge of the discussion said.

The guidelines, not up for a formal vote in the rate-setting Governing Council, also instruct policymakers to not leak details of the internal discussion to the press, the sources told Reuters.

The new guidelines are informal and merely express Lagarde’s expectations, which means policymakers don’t face reprisal for deviating from them.

But they appear to be leaving a mark.

The ECB said last Thursday it would end its bond-buying programme in the third quarter and raise interest rates some time after that.

Hawkish governors such as Germany’s Joachim Nagel and Belgium’s Pierre Wunsch waited until this week to call for a faster pace of tightening, as did the Netherlands’ Klaas Knot after the February meeting.

Policymakers from the bloc’s richer northern countries often opposed the ECB’s ultra easy monetary policy in recent years but with the end of stimulus now in sight, countries in the poorer south are finding themselves in the minority.

Critics say that the new guidelines effectively diminish the voice of dissenters because they are asked to speak only after the news cycle moves on, so they will struggle to reach their target audience.

They also say the guidelines are self-defeating because they give policymakers an incentive to share their views with journalists while declining to be named.

“Do you want leaks? Because this is how you get them,” one of the sources, who asked not to be named, said. “If people can’t speak openly, they’ll still talk but using different channels.”

The move also surprised many as the ECB devised a new communication strategy just last year after an 18 month review and such restrictions were not debated then.

Supporters of Lagarde’s request say that criticism delivered soon after meetings weakens the decision and sows doubt, so a few extra days simply allows the public to understand and accept the outcome.

“Once we take a decision, we should stand with it, even if some of us had different views,” another source said. “The problem is that it’s easy to say but next to impossible to implement.”

Draghi had alienated policy hawks by the end of his presidency in 2019 through his insistence on an ultra-easy policy of negative interest rates and massive bond purchases.

But Lagarde had started off on a different tack, even taking her colleagues for team-building retreats outside Frankfurt and opening the ECB’s strategy for review.

At the U.S. Federal Reserve, only the Chair is allowed to speak publicly for a day and a half after decisions, so markets can digest the information. Critics are, however, not called upon to defend or present a majority view. 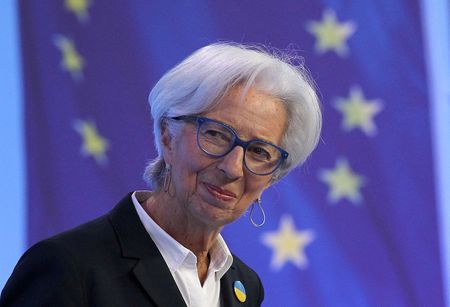 Paris Club aims for deal with Argentina “in coming weeks”