Home Business Kroger plans for 1 million Covid-19 booster shots a week, including in...

CHICAGO (Reuters) – U.S. grocery chain Kroger Co is gearing up to administer 1 million COVID-19 booster shots a week once they are available to the general public, and plans to offer vaccines in nursing homes for those who cannot go to its stores.

The U.S. government is planning to make COVID-19 vaccine booster shots widely available from Sept. 20 to Americans if U.S. health regulators give the go-ahead. Only people who are immunocompromised have been eligible for booster shots since early this month.

Retailers including Kroger, CVS Health, Walgreens Boots Alliance and Walmart are likely to play a role in administering the booster shots.

Colleen Lindholz, president of Kroger Health, told Reuters in an interview that about 100 of its U.S. locations would have dedicated workers providing vaccinations all day long.

Lindholz said the targeted 1 million shots a week would be twice the rate at which it had given first and second doses of the vaccine at the height of the pandemic.

Kroger, the largest U.S. supermarket chain by revenue, also told Reuters it plans to provide shots in long-term care facilities. CVS and Walgreens gave most of the first and second doses of the vaccines in those facilities.

“When the vaccine first came out, we were not included in the long-term care facility deployment, but it’s great this time that we can be a part of that,” Lindholz said. “We’ve reached out to facilities that we already deliver prescriptions to, or where we’ve done flu shot clinics in the past.”

A U.S. health official said the government is planning for long-term care facilities to offer COVID-19 vaccine boosters through their usual pharmacy partners or new partners.

CVS CEO Karen Lynch said in an early August interview that if boosters are approved, the company plans to be one of many pharmacies offering them in long-term care facilities.

Kroger expects the bulk of the shots to be administered around the end of November through to January, coinciding with the holiday shopping season.

“We know how chaotic that will be with the holidays and so we’re doing all we can to work with the CDC and Advisory Council on Immunization Practices to really influence kind of bumping that up – but obviously that’s not our decision,” Lindholz said.

The CDC did not comment specifically on Kroger. CDC spokesperson Kristen Nordlund said that it has asked pharmacy partners to plan based on the idea that individuals would be eligible for boosters starting eight months after they received their second vaccine dose, subject to FDA authorization and a CDC committee recommendation on the interview.

Scientists and public health officials have yet to agree that a third booster dose is needed and the World Health Organization (WHO) has said more first doses should be given around the world before wealthier nations start boosters. 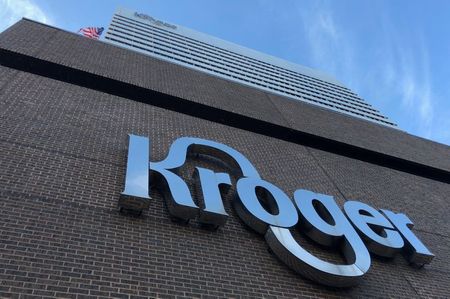 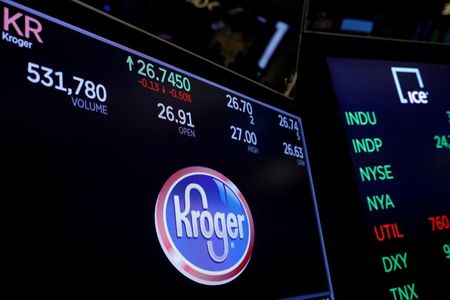 EBay forecasts revenue below estimates as shoppers venture out

KLM to receive up to 4 billion euros in financial aid:...