BENGALURU (Reuters) – King dollar will dominate currency markets in the near term before ceding ground to its peers in a year, found a Reuters poll of FX strategists who said U.S. Treasury yields would give the greenback the most direction over the next 12 months.

Bolstered by the U.S. Federal Reserve’s tapering plans and a growing chorus of Federal Open Market Committee members now forecasting a rate hike by the end of next year, benchmark yields in the U.S. have risen sharply. That has sent the dollar to levels not seen in more than a year.

Tracking the rise in U.S. Treasury yields, the dollar index was up around 5% against majors for the year. Nearly half of those gains came in the past month, a trend expected to remain over the coming year.

An 85% majority of analysts, 46 of 54, who answered an additional question said U.S. Treasury yields and rate expectations would give the dollar the most direction over the next 12 months.

Six said incoming economic data, one said its safe-haven status. The remaining analyst said developments around the COVID-19 pandemic would be the main driver.

Results from a separate Reuters bonds poll forecast that while yields on U.S. Treasuries would rise further from current levels, the rate at which they have soared over the past month would not be sustained. [US/INT]

Those findings lined up with the latest Reuters poll of more than 80 FX strategists, taken Oct. 1-6, who expected the dollar to dip marginally against most major currencies over the next 12 months.

“The market in the near term is going to focus on the fact that we expect U.S. Treasury yields to keep rising on the back of the Fed’s tapering of QE and also the ongoing recovery in the U.S. economy,” said Tai Hui, chief Asia market strategist at JP Morgan Asset Management.

“Treasury yields are not going to rise indefinitely. At some point they’re going to stabilize and I think that’s when the dollar is going to face a bit more downward pressure and that’s why we are still expecting the dollar to get weaker.”

The latest CFTC data showed speculators had raised their net long dollar positions to the highest since March 2020.

While analysts held to their view the euro and other major currencies would strengthen against the dollar over the next 12 months – a view they have clung to for several years now – they forecast weaker gains than just a month ago.

Last changing hands around $1.15 on Wednesday, the common currency was forecast to rise around 2.3% to trade at $1.18 in a year. The latest median prediction was the lowest since August 2020.

Indeed, 22 of 76 analysts – nearly a third – who had forecasts that far into future expected the euro to weaken.

Reuters poll graphic on the outlook for EUR/USD, USD/JPY,GBP/USD and USD/CHF: https://fingfx.thomsonreuters.com/gfx/polling/dwpkrdxxyvm/Major%20currency%20pairs.png

“I think at this point in time, unless there’s a real significant shift in fundamentals I don’t think a correction in the dollar would extend very far,” said Jane Foley, head of FX strategy at Rabobank.

Among analysts who answered an additional question on whether the greenback’s strength was at an inflection point, a near 60% majority of analysts, 29 of 48, said no.

Asked when that point would be reached, only a handful expected it to come this year. The remaining majority gave a timeline ranging between early 2022 to end-2024.

“The extrapolation of the dollar move and the rates move is probably excessive. I think you have to be careful not to exaggerate how much you actually know,” said Steve Englander, head of G10 FX strategy at Standard Chartered.

(For other stories from the October Reuters foreign exchange poll:)

(Reporting and analysis by Hari Kishan and Indradip Ghosh; Polling by Prerana Bhat and Saurpya Ganguly; Edited by Ross Finley and Alex Richardson) 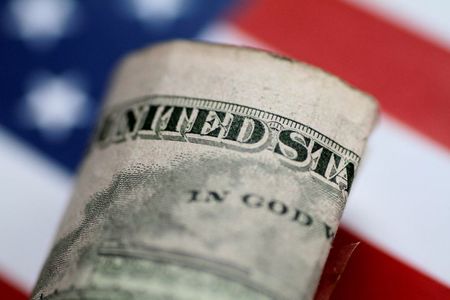