Home Asia Kazakhstan’s bitcoin ‘paradise’ may be losing its lustre

LONDON (Reuters) – Kazakhstan may no longer be the bitcoin sanctuary it once was, according to some big miners who are looking to leave the global crypto hub following internet shutdowns last week that compounded fears about tightening regulation.

The government web shutdowns during an explosion of unrest in the country, the world’s second-largest centre for mining, caused bitcoin’s global computing power to drop around 13% as data centres used to produce the cryptocurrency were knocked offline.

Alan Dorjiyev of the National Association of Blockchain and Data Center Industry in Kazakhstan, which represents 80% of legal mining companies in the country, said most crypto producers were now back online.

Yet the resumption of operations may belie problems to come for the fast-growing cryptocurrency industry, according to four major miners interviewed by Reuters, with some saying they or their clients may look for other countries to operate in.

The internet outage compounded growing concerns about the stability and prospects of the business as tighter government oversight looms, the miners said.

Vincent Liu, a miner who moved operations to Kazakhstan from China to take advantage of the country’s cheap power, said the changing environment had led him to look at shifting operations to North America or Russia.

“Two or three years earlier, we called Kazakhstan a paradise of the mining industry because of the stable political environment and stable electricity,” said Liu.

“We are evaluating the situation … I suppose we will keep a part of hashrate in Kazakhstan and will move some to other countries,” he said.

Bitcoin and other cryptocurrencies are “mined” by powerful computers that compete against others hooked up to a global network to solve complex mathematical puzzles. The process guzzles electricity and is often powered by fossil fuels.

Kazakhstan became the world’s No.2 centre for bitcoin mining after the United States last year, attracting an influx of miners and data centre bookings from former global leader China after a crackdown on the industry by Beijing.

In August, Kazakhstan accounted for 18% of the global “hashrate” – crypto jargon for the amount of computing power being used by computers connected to the bitcoin network. That was up from 8% in April, before Chinese miners shifted machines and bought capacity at Kazakh data centres.

Kazakhstan’s crypto mining farms are mostly powered by aging coal plants, which are a headache for authorities as they seek to decarbonise the economy. Power-hungry miners have forced the former Soviet state to import electricity and ration domestic supplies.

The government is now looking at how to tax and regulate the largely underground and foreign-owned industry. It said last year it planned to crack down on unregistered “grey” miners who it estimates might be consuming twice as much power as the “white” or officially registered ones.

Din-mukhammed Matkenov, co-founder of crypto miner BTC KZ, said an influx of Chinese miners had worsened problems for domestic miners by gobbling up power. Clients may look to move to the United States and Russia, he said.

“We think that the development and stability of mining industry in Kazakhstan is in danger,” said Matkenov, whose firm has three data centres in Ekibastuz, a city in northern Kazakhstan, running over 30,000 mining rigs. Patchy power supply has complicated the company’s business, he added.

“It is very unstable and really hard to predict the profits to pay the electricity bill and salaries. At the moment we are close to being bankrupt and clients are trying to find other countries where they can relocate to with a more stable governmental ruling.”

Kazakhstan’s energy ministry did not immediately respond to a request for comment.

“There is an ease of doing business in Kazakhstan that allows well-capitalised projects to deploy much faster than would be possible in the West,” said Mike Cohen of Canada-based miner Pow.re.

“Those willing to establish operations in the region have a greater tolerance for geopolitical risk and are not put off by fossil fuel-based energy sources.” 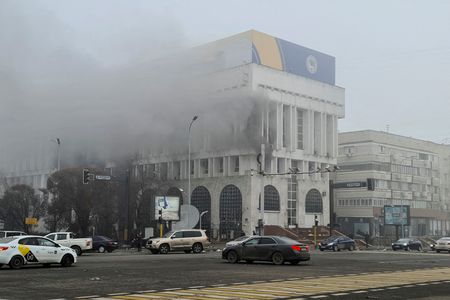 EV maker Nio to have 4,000 battery swapping stations globally in 2025