NEW YORK (Reuters) – New York’s highest court ruled on Tuesday that JPMorgan Chase & Co is entitled to insurance coverage for $140 million of a U.S. Securities and Exchange Commission settlement with the former Bear Stearns Cos over improper mutual fund trading.

Reversing a lower court ruling, the Court of Appeals ruled 6-1 that the $140 million derived from estimates of wrongful customer profits and investor harm, and was not a “penalty” that would excuse JPMorgan’s insurers from providing coverage.

Bear Stearns had agreed in 2006 to pay a $90 million civil fine and give up $160 million of ill-gotten gains to resolve SEC charges it let favored hedge fund customers conduct market timing and late trading from 1999 to 2003.

Banks, mutual fund firms and individuals paid billions of dollars to settle regulatory probes of the practices, which were first highlighted in 2003 by then-New York Attorney General Eliot Spitzer.

Bear Stearns, which JPMorgan bought in 2008, had sought insurance coverage for $140 million of the disgorgement, excluding $20 million of revenue it had generated from the improper trading.

Insurers, including Lloyd’s of London, Travelers and Vigilant, said the $140 million did not represent client gains under the policies, and that public policy made the amount uninsurable.

Chief Judge Janet DiFiore, however, wrote for Tuesday’s majority that the insurers failed to show that Bear Stearns could have reasonably believed its policies precluded coverage.

She also said that unlike the fine, which Bear Stearns was required to treat as a penalty for tax purposes, the $140 million served a “compensatory” rather than a punitive goal.

JPMorgan spokesman Brian Marchiony said the largest U.S. bank was pleased with the decision. Lawyers for the insurers did not immediately respond to requests for comment. 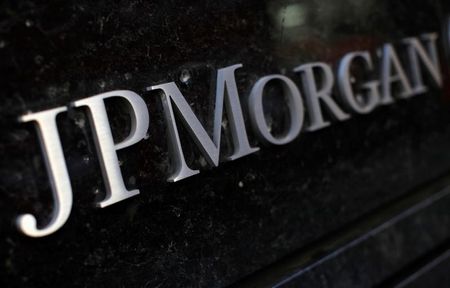