LONDON (Reuters) -JPMorgan Chase has once again been named the world’s most important bank to the health of the wider financial system, according to the latest annual ranking of top lenders by global regulators.

The Financial Stability Board (FSB), made up of regulators from G20 countries, published its latest table of the world’s 30 most systemic banks on Tuesday.

The 30 lenders are divided between four “buckets” in order of how systemic, international, interconnected and complex they are, with JPMorgan now in a higher bucket than its nearest peers.

Last year the bank, which had also been the world’s most systemic lender in 2019, shared the highest bucket with HSBC and Citigroup, but is now alone in the next bucket up, which had been empty.

BNP Paribas and Goldman Sachs were also declared more systemic, both moving up one bucket.

Being included in the table means having to hold additional capital and undergo more intense supervision to avoid a repeat of taxpayer bailouts in the banking crisis over a decade ago. In practice, the lenders typically hold capital buffers that are already above FSB requirements.

JPMorgan had a core equity ratio of 12.9% of capital to risk-weighted assets at the end of September, well above the minimum 11.3% set out by the Federal Reserve, according to a filing from the bank.

The FSB’s capital surcharge for JPMorgan is now 2.5%, up from 2% last year.

U.S. banks have been aggressively, if unsuccessfully, fighting the FSB capital surcharges, but they are unlikely to make much headway under the administration of President Joe Biden.

However the FSB raised the prospect of relief for euro zone banks on how their exposures to other countries in the bloc are taken into account.

Euro zone lenders argue they are all regulated by the European Central Bank under the EU’s banking union, and therefore their exposures to other euro zone countries should not be viewed as ‘cross-border’, attracting tougher treatment.

The FSB said on Tuesday that the Basel Committee, which writes global bank capital rules, will conduct a near-term review of cross-border exposures within the banking union in relation to its list of most systemic lenders. 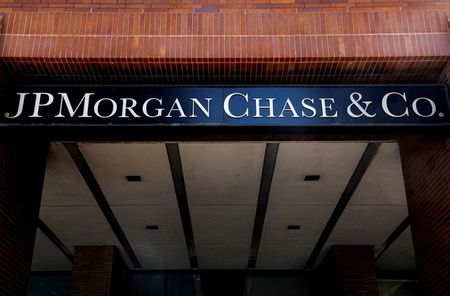