Home Stock News Joe Biden’s super Tuesday is a respite for the market amidst COVID-19... 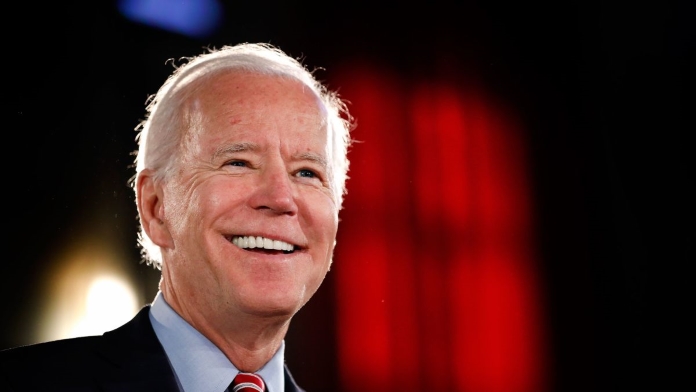 On Wednesday, the US stock market leaped after Joe Biden’s super Tuesday run made him a worthy candidate in the presidential election race. What makes him favorable over Bernie Sanders is that the latter has certain disruptive economic proposals that no one in Wall Street seems to like! Due to Biden’s great run on Tuesday, the DOW Jones Industrial Average gained around 1200 points to end the day with approximately 4.5% in the positives.

Such a gain in the market amidst a period of instability due to the Coronavirus outbreak is truly a breath of fresh air for the traders. In the past few weeks, the global market has lost trillions of dollars! Sighting such a situation, the Federal Reserve announced its first rate cut since the 2008 financial breakdown. However, the sudden rate cut did hurt the market this Tuesday as investors panicked and a sell-off spree hit all the three major US stock indexes.

Yet on Wednesday, the market faced a jump and it is majorly due to the former vice president’s winning run on Tuesday. The proposals to increase taxes and regulations from Bernie Sanders work against him in the poll as they would weigh heavily on the US economy and the corporate earnings. With Sander’s victory last Monday, the market slipped and on the other hand the victory of Bernie on this Tuesday sky-rocketed the stock market. This clearly shows that apart from the global virus outbreak, the politics of the US also leaves a substantial impact on the stock market.

Just minutes before the closing bell on Wednesday, the DOW Jones Index scored a whopping 1173 points which took the overall index value at 27091 points. The Nasdaq Composite Index closed with a 3.85% gain while the S&P 500 leaped by 4.22% on the day. Apart from these, the unexpected growth of the US service sector further added to the overall positives of the day at Wall Street.

Health care stocks took a jump of around 6% as a response to Biden’s winning streak on Tuesday night. This is mostly because the healthcare sector doesn’t want Sanders to step in because of his free “Medicare for all” policy. On the contrary, Biden has a different approach that builds on the Affordable care act while aiming to reduce healthcare costs as well as the complexities of the entire system.

The International Monetary Fund (IMF), announced on Wednesday that it is proposing a $50 billion emergency funding to support countries with low income in fighting the deadly coronavirus.

Big Tech CEOs to defend their companies before U.S. Congress by listing competitors

By Anirban Sen and Matt Scuffham ...

Daimler Investors push for independent chairman as Zetsche bows out