By Divya Chowdhury and Savio Shetty

“We are in growth mode,” Gori told the Reuters Global Markets Forum on the sidelines of the World Economic Forum’s annual meeting in Davos, adding that his firm has been increasing headcount.

“We are growing at more than double or triple the GDP in most of the markets that we operate in. That means that we’re investing organically to grow our business and … possibly looking at inorganic opportunities for growth as well.”

Gori said Manulife’s U.S. and Canadian markets were stable and growing at a reasonable rate, while seeing a “phenomenal opportunity” in Asia due to the region’s expanding middle-class, despite any trade shocks that may come its way.

While China’s reversal of its zero-COVID policy may pose some short-term challenges, Gori expected activity to pick up in the second half of the year, providing impetus to Asia and the rest of the world.

Gori said he wasn’t worried that the U.S. Federal Reserve would over-tighten, as he expected inflation to remain stubbornly high and central banks to maintain higher interest rates for longer.

The prospect of an imminent global recession cast a long shadow over Davos on Monday as participants counted the likely cost for their economies and businesses.

(Reporting by Divya Chowdhury in Davos and Savio Shetty in Mumbai; Additional reporting by Nishara Pathikkal in Bengaluru; Editing by Leslie Adler) 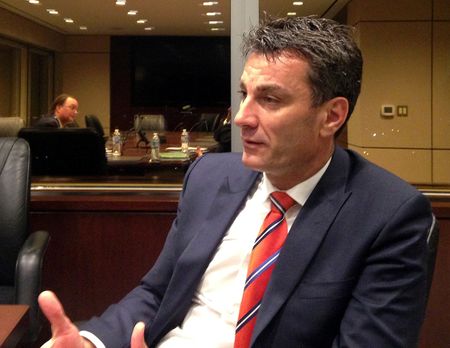