TOKYO (Reuters) -Japan’s supreme court dismissed on Thursday a request to block a plan by Tokyo Kikai Seisakusho Ltd for a “poison pill” takeover defence, in a closely watched ruling with implications for future hostile bids in the country.

The decision, Japan’s first on a bid to exclude an investor from a shareholder vote on whether to adopt a poison pill, could make it much easier for other firms to thwart hostile takeovers using a similar strategy.

It means Tokyo Kikai can now go ahead with an issue of new shares that would dilute the 40% stake of top shareholder Asia Development Capital (ADC), a step already approved by shareholders in a controversial vote that excluded the firm.

“This is the final court judgement over (ADC’s) injunction request,” Tokyo Kikai said in a statement. “We believe this is a totally proper judgement.”

Asia Development Capital had sought the injunction on the grounds that shareholder equality was infringed by the actions taken to exclude it, as an “interested party”, from a vote by Tokyo Kikai shareholders on the poison pill strategy.

Lower courts concluded that the actions were justified, as the vote was designed to allow other shareholders to judge whether the acquisition would hurt their interests.

Governance experts say they are concerned about the implications of the court decision, as it could be interpreted as authorising a board to refuse to count the votes of certain shareholders in some circumstances.

The latest decision would “invite reams of litigation” over which shareholders are allowed to vote,” said Stephen Givens, a corporate lawyer based in Tokyo.

“Who is an ‘interested’ shareholder in a vote on a poison pill is a question without obvious answers,” he added.

On Wednesday, Tokyo Kikai had said it would put its use of the tactic on hold as ADC offered to cut its stake to 32.72%. The manufacturer of newspaper printing presses said it would review ADC’s offer before making an official decision.

ADC, which had quickly built up its 40% stake despite warnings from Tokyo Kikai, said in a statement it would ensure other shareholders have enough time and information when it next decides to sharply increase its stake.

In Japan, a stake of more than 33% gives the stakeholder veto rights over important board decisions and, sometimes, de facto control. 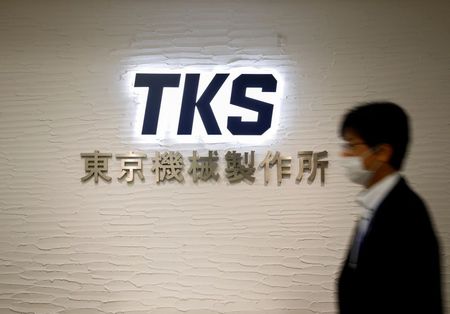 Australia central bank to stick with tapering plans, or maybe not