TOKYO (Reuters) – Japan’s factory output is expected to have risen for the second straight month in April on brisk exports and solid demand for electronic goods, a Reuters poll showed, a sign a rebound in overseas growth was cushioning the economy from the COVID-19 pandemic.

Household spending is also set to show an increase in April from year-before levels, according to the poll, though the outlook is clouded by a likely extension of the current state of emergency curbs to combat the pandemic.

Industrial production was forecast up 4.1% in April from the previous month, as manufacturers benefited from rising demand for machinery and electronic goods.

“A chip shortage may weigh on automobile production. But exports are strong thanks to a recovery in overseas growth, which likely drove up production of machinery,” said analysts at Dai-ichi Life Research Institute.

Household spending likely rose 9.3% in April from a year earlier, the poll also showed, though the gain is due largely to the base effect of last year’s slump caused by the pandemic.

Compared with the previous month, household spending is expected to have fallen 2.2% in April.

“Consumption likely slowed from the previous month due to the declaration of the third state of emergency, which dealt a blow mainly on service spending,” said analysts at Shinkin Central Bank.

Japan’s economy shrank in the first quarter and many analysts expect any rebound in the current quarter to be modest as renewed state of emergency curbs hurt consumption. 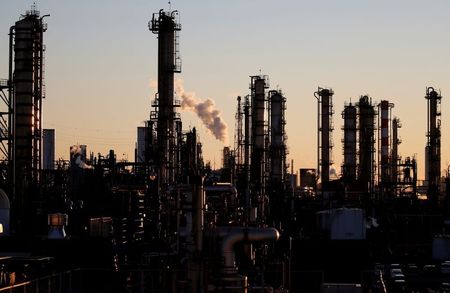 Dassault, Airbus reach deal to move to next phase of FCAS...