By Makiko Yamazaki and Yuki Nitta

TOKYO (Reuters) – Mizuho Financial Group plans to beef up its U.S. operations for M&A advisory and equity underwriting, its chief executive said, as Japan’s No. 3 lender aims to grab a bigger share of the world’s largest investment banking fee pool.

Yet to be fully tapped by Mizuho in U.S. investment banking are M&A advisory and equity underwriting, Masahiro Kihara told Reuters in an interview. “We are now compiling our strategy and analysing to what extent we can grow organically,” he said.

The internal discussions include which industry sectors to focus, how to extend analyst coverage and how to build collaboration with its sales and trading teams, he said, declining to give further details.

Struggling with ultra-low interest rates at home, Japanese banks have been exploring growth opportunities outside Japan, with Mizuho focusing on the United States as well as Asia.

Kihara took the helm of Mizuho in February after a series of electronic system failures at the main banking unit prompted a reshuffle of top management.

Mizuho is one of the biggest lenders to SoftBank Group Corp, a tech conglomerate whose finances have come under pressure as its stock price and portfolio valuations are plummeting. Mizuho had 850 billion yen ($6.6 billion) of loans to SoftBank outstanding as of March last year.

“We are not worried at all,” Kihara said in the interview when asked about the status of SoftBank’s finances. “They are committed to their policy on the LTV (loan-to-value) ratio and other financial disciplines, and we have mutual trust at management level,” he added. 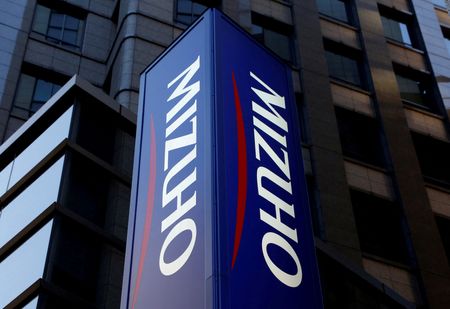 Tesla told France there was no sign of technical fault in...