TOKYO (Reuters) – Japan stands to lose 1.8 trillion yen ($16 billion) if the Olympics were cancelled, but that would pale in comparison to the economic hit from emergency curbs if the Summer Games turned into a super-spreader event, a top economist estimated.

Takahide Kiuchi, executive economist at Nomura Research Institute and a former Bank of Japan board member, said that the first nationwide state of emergency last spring had caused an estimated 6.4 trillion yen loss. Further losses have resulted from the second and presently third running state of emergency.

“If the (Olympic Games) trigger the spread of infections and necessitates another emergency declaration, then the economic loss would be much greater,” Kiuchi said in a report published on Tuesday. The direct loss from a cancellation would be equivalent to a third of a percent of nominal gross domestic product (GDP) in fiscal 2020, he noted.

“These calculations suggest that the decision of whether to hold or cancel the Games should be made from the perspective of infection risk rather than economic loss,” he concluded.

Olympic organisers have said the Games, postponed from last year, will go ahead by adopting strict safety measures, including ensuring that athletes don’t mix with the Japanese public. The Games start on July 23.

Opinion polls have repeatedly shown the majority of the public are opposed to holding the Olympics during a pandemic.

Kiuchi’s estimate supports the view expressed by Japanese tycoon and SoftBank Group CEO Masayoshi Son, who argued in a series of tweets https://www.reuters.com/world/asia-pacific/olympics-a-lot-lose-softbanks-ceo-speaks-out-against-games-2021-05-24 at the weekend that Japan could have a “lot to lose” if the Olympics led to a spike in infections.

Japan has recorded about 719,000 novel coronavirus cases. The numbers are low compared with other countries but much of Japan remains under emergency curbs due to a strained medical system, while its vaccination drive has been slow, with just 5% inoculated so far. 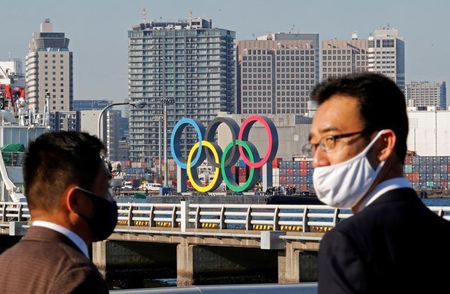 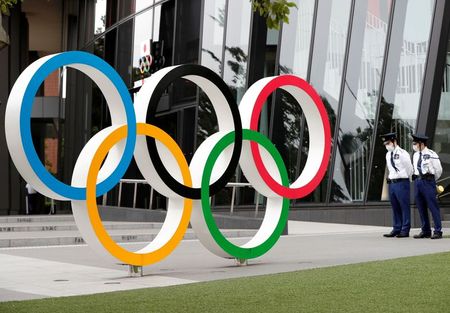 Analysis-How it came to this: The Fed and White House’s slow inflation awakening

Cathie Wood’s ARK Invest teams up on a bitcoin ETF