TOKYO (Reuters) – Japanese 10-year government bond yields topped the Bank of Japan’s (BOJ) policy ceiling for a third straight session on Tuesday amid swirling speculation that policymakers could tweak stimulus settings when a two-day meeting wraps up on Wednesday.

Benchmark 10-year JGB futures advanced just 0.2 yen to end the session at 144.84, making marginal gains for a second day after dipping to the lowest since April 2014 on Friday.

“There is a strong cautiousness about taking fresh positions ahead of tomorrow,” said Naomi Muguruma, senior market economist at Mitsubishi UFJ Morgan Stanley Securities. “The market is thin.”

Each day has been progressively calmer, with the benchmark yield hitting 0.51% on Monday, following a tumultuous Friday when it surged to a 7 1/2-year peak of 0.545%. On those days, however, it was eventually corralled back to 0.5% by a wave of emergency BOJ purchase operations totalling some 10 trillion yen ($77.81 billion).

So far this month, the central bank has snapped up more than 17 trillion yen in debt, an unprecedented amount that calls into question the sustainability of the programme.

The stakes are extremely high for Governor Haruhiko Kuroda and his colleagues, with speculators waiting to sniff out any hint that the central bank is headed for the exit door after decades of stimulus.

Bond bears have been on the attack since the central bank unexpectedly doubled the 10-year yield band to 50 basis points either side of zero last month, despite Kuroda’s insistence that the move was aimed at improving market function and not a rollback of stimulus.

The current meeting is the penultimate one for Kuroda – who orchestrated Japan’s ultra-easy policy – before his retirement at the start of April. His last is on March 9-10.

Many market watchers still expect yield curve controls (YCC) will persist until Kuroda’s successor is in place, but they are not willing to discount the chance of more tweaks in the meantime.

Mitsubishi UFJ Morgan Stanley’s Muguruma says the BOJ won’t want to rock the boat too much in the final quarter of Japan’s fiscal year – when investors will need to soon close their books – and will wait until the April-June quarter.

“There’s not much left for the BOJ to do except abandon the YCC framework,” Muguruma said. 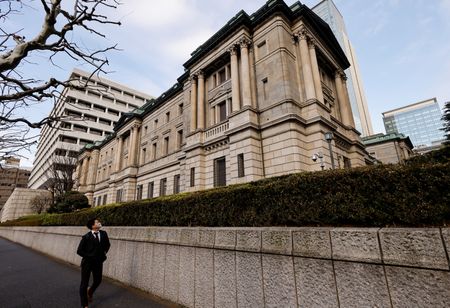 Air Lease to write off jets stranded in Russia, expects $802...