TOKYO (Reuters) – Japanese Prime Minister Yoshihide Suga said on Wednesday the government will aim to achieve its fiscal targets including its goal to bring the primary balance to a surplus.

Suga also said the government will strive to raise the nationwide average minimum wage to 1,000 yen ($9) an hour soon. 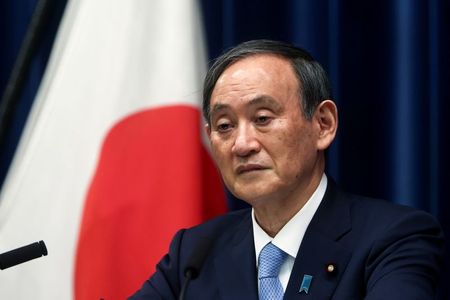