TOKYO (Reuters) – Japan’s government maintained its economic assessment for a fourth straight month in August but offered a slightly bleaker view on the outlook than in July, as a resurgence in COVID-19 infections weighted on consumer spending.

“The economy continues to pick up but showing some weaknesses as conditions remain severe due to the coronavirus pandemic,” the government said in its monthly economic report released on Thursday.

On the outlook, the August report warned of the need to pay attention to “heightening downside risk caused by the pandemic.”

That compared with the previous month’s view that said the government needed to be vigilant to the “impact” of the pandemic.

The government kept its assessment unchanged for most parts of the economy including consumer spending, which it described as weak mainly due to the services sector.

Reflecting sluggish household demand for goods including those shipped from overseas, the government cut its assessment on imports for the first time in 10 months.

But it revised up its view on corporate profits for the first time in six months due to solid second-quarter earnings among manufacturers.

The report underscored the divergence between the continued https://www.reuters.com/world/asia-pacific/japans-exports-extend-gains-machinery-orders-fall-amid-fragile-recovery-2021-08-18 strength in exports driven by robust global demand, and weakness in consumer spending blamed on state of emergency curbs to combat the pandemic.

The world’s third-largest economy grew https://www.reuters.com/world/asia-pacific/japans-economy-rebounds-april-june-covid-clouds-outlook-2021-08-16 more than expected in the second quarter after a slump in the first three months of this year thanks to solid exports. 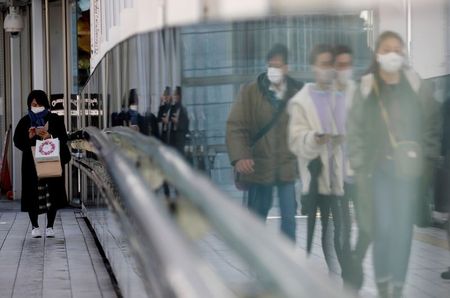 Cryptocurrencies bounce back from Sunday sell-off, bitcoin still down 30% in May

Are the US stock markets closed on Monday?

Bank of Canada to break sequence of lower terminal rates as...