TOKYO (Reuters) -Japanese Finance Minister Shunichi Suzuki said on Tuesday the damage to the economy from a weakening yen at present is greater than the benefits accruing to it, making the most explicit warning yet against the currency’s recent slump versus the dollar.

The yen’s fall has worsened imported inflationary pressures in Japan amid a spike in global commodity and oil costs, and an increase in supply snags, which have intensified in the wake of the Ukraine crisis.

“A weak yen has its merit, but demerit is greater under the current situation where crude oil and raw materials costs are surging globally, while the weak yen boosts import prices, hurting consumers and firms that are unable to pass on costs,” Suzuki said.

Taken together, the minister’s comments marked the clearest signal about Japanese authorities’ discomfort over the yen’s continued decline.

Suzuki declined to comment on how the government and the Bank of Japan should respond to the yen’s weakening, including whether intervening in the market is an option.

His remarks came before his trip to Washington to attend a gathering of financial leaders from the Group of 20 (G20) major economies this week. Among the many discussions, the minister is also scheduled to a hold a meeting with U.S. Treasury Secretary Janet Yellen.

Suzuki vowed to stick to Group of Seven (G7) advanced economies’ agreement on currencies and closely communicate with U.S. and other countries’ currency authorities to “respond appropriately” to currency movements.

The currency market shrugged off the minister’s verbal jawboning, sending the yen to 127.80 to the dollar, its lowest level since May 2002. The yen has lost about 10% against the dollar so far this year.

Investors say verbal warnings won’t have much of an impact as the yen’s weakness reflects fundamentals, noting contrasting prospects for an aggressive streak of Federal Reserve tightening with that of the Bank of Japan’s commitment to maintain its powerful monetary easing plan.

G7’s fundamental stance is that currency rates are set by the market and that members will closely consult with each other on any action in the foreign exchange market. The group further acknowledges that excess volatility and disorderly moves can adversely affect economic and financial stability.

Japanese authorities were carefully watching how the weakening yen may affect the economy, as stability in the currency market is important, Suzuki added.

The previous poll in December, when the dollar was moving around 113 yen, found only about 30% of Japanese firms saw a weak yen as negative, underscoring how the rapid depreciation since the start of this year is hitting companies.

(Reporting by Tetsushi KajimotoEditing by Shri Navaratnam and Kim Coghill) 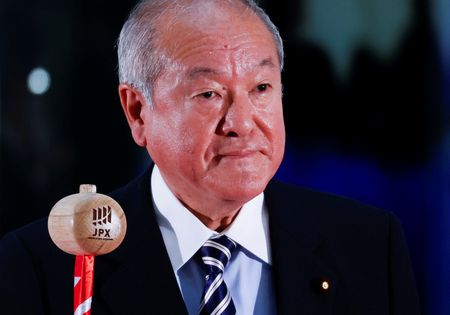 Bullard: April inflation ‘hot’ but does not see 75 bp Fed rate increase ‘for...