TOKYO (Reuters) -Japan’s trade minister Koichi Hagiuda has asked the United States to abolish extra tariffs on steel and aluminium imports from Japan in a meeting with Washington’s trade representative, the ministry said on Thursday.

In the online meeting with United States Trade Representative (USTR) Katherine Tai, Hagiuda asked for a resolution to the tariffs issue on Japanese steel and aluminium products under Section 232 of the US Trade Expansion Act, Japan’s Ministry of Economy, Trade and Industry (METI) said in a statement.

His request comes after the United States and the European Union on Sunday ended a dispute over steel and aluminium tariffs and said they would work on a global arrangement to combat “dirty” production and overcapacity in the industry.

Under the deal, Washington will allow EU countries duty free access for steel and aluminium exports to the United States in volumes comparable to those shipped before tariffs imposed by former U.S. President Donald Trump’s administration in 2018.

“Japan has been asking the United States since 2018 to resolve the issue of additional tariffs on Japanese steel and aluminium products, by abolishing them or other measures,” Hiroyuki Hatada, director of the Americas division at METI, told Reuters.

“We will seek a resolution in a way that is consistent with WTO rules,” he said.

The Japanese steel industry is concerned that the U.S.-EU agreement will result in a comprehensive relaxation of measures for certain countries and regions, Eiji Hashimoto, chairman of the Japan Iron and Steel Federation, said on Tuesday.

“The Japanese steel industry will be put behind the EU in terms of export competitiveness to the United States,” he said, calling for a level playing field. 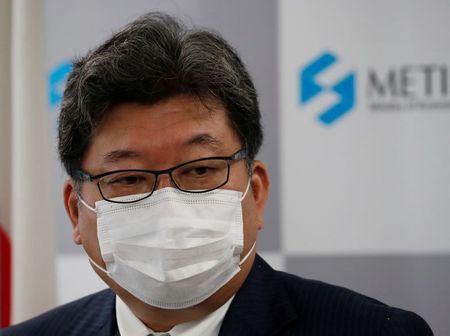 Stellantis discussing conditions with Rome to build gigafactory in Italy –...

The electric vehicle boom is pay-dirt for factory machinery makers