The recall would also have a 90 cent impact on the Folgers coffee maker’s profit, the Ohio-based company said, sending its shares down 3% in premarket trading.

Late in May, J.M. Smucker said it was recalling nearly 50 types of Jif peanut butter products sold in the United States after a Food and Drug Administration investigation into a multistate outbreak of Salmonella Senftenberg infections.

Manufacturing downtime, customer returns and unsaleable inventory resulting from the recall are expected to result in the $125 million hit in fiscal 2023.

The company expects adjusted earnings per share to range from $7.85 to $8.25 in fiscal year 2023, compared with analysts’ estimates of $8.91 per share, according to Refinitiv IBES.

(Reporting by Deborah Sophia in Bengaluru; Editing by Devika Syamnath) 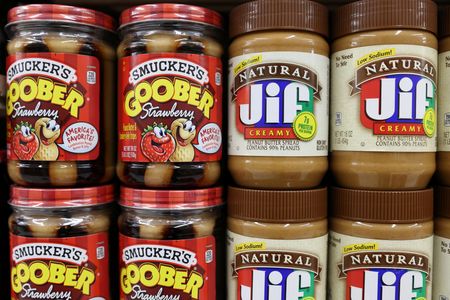 European stock traders place their blockbuster bets in the dark

Cathay Pacific in talks on orders for medium-haul jets, freighters