By Francesca Landini and Stephen Jewkes

MILAN (Reuters) -A large majority of Atlantia’s investors on Monday backed the sale of the group’s stake in its motorway unit to Italian state lender CDP and allies, drawing a line under a dispute triggered by a deadly bridge collapse in 2018.

The proposal is backed by the government, which has been seeking to regain control of Autostrade ever since a bridge run by the toll-road company in the port city of Genoa gave way on Aug. 14, 2018, causing the death of 43 people.

Atlantia, controlled by the powerful Benetton family, said in a statement the offer won 86.86% support in a shareholder vote, adding turnout was 70.4%.

The outcome confirms what sources had told Reuters.

Investor advisers Glass Lewis, ISS and Frontis Governance all recommended Atlantia’s shareholders give their go-ahead to the sale of the infrastructure group’s 88% stake in Autostrade to the CDP consortium.

Atlantia said later on Monday its board would meet on June 10 to give its final assessment of the offer. It is expected to rubber stamp Monday’s decision.

The sale will free up capital and management time for the group to pursue new initiatives after nearly three years of impasse.

The transaction was approved despite criticism from some shareholders, including TCI. The activist fund repeatedly said that Autostrade was worth at least 11 billion euros.

TCI had also backed an attempt by Spain’s Florentino Perez to study a rival offer for Autostrade through infrastructure group ACS, but the entrepreneur – who is president of soccer club Real Madrid – did not win the support of the Italian government to move ahead with a binding bid.

The activist fund did not disclose how it voted on Monday.

Germany’s Allianz and funds DIF, EDF Invest and China’s Silk Road Fund, which own the remaining 12% of Autostrade, have an option to sell their stakes to the CDP consortium under the same conditions.

Citi and UniCredit helped CDP on the offer for Autostrade, while Rothschild and Lazard advised Macquarie and Blackstone respectively. Atlantia worked with Goldman Sachs, JP Morgan, Mediobanca and Merrill Lynch on the deal. 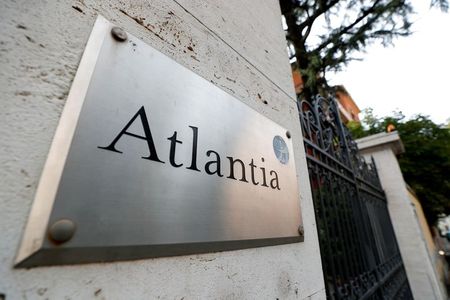 London-based hedge fund that bet against GameStop shuts down – FT