DUBLIN (Reuters) – Ireland said on Tuesday it will begin a “phased exit” from its 71% stake in Allied Irish Banks over the next six months, as it pares back state ownership of its largest banks.

The Irish Department of Finance did not say how much of the AIB holding it would sell, but that the move would likely be slower than at Bank of Ireland , where the government has reduced its stake to 9.3% from 13.9% since June.

Ireland pumped 64 billion euros ($72 billion), or almost 40% of its annual economic output, into its banks a decade ago after a property crash, with Bank of Ireland the only one to avoid majority state ownership.

“I expect the pace of share sales to be slower than what we’ve seen at Bank of Ireland, but it is important that we make further progress on what will be a multi-year journey,” Finance Minister Paschal Donohoe said in a statement.

The Bank of Ireland sales were the first time the state had sold any of its bank share holdings since 2017. It also owns 75% of Permanent TSB, Ireland’s only other retail bank.

AIB Chief Executive Colin Hunt described the move as “an important development in the process of returning the state’s investment in the Group.”

Shares in AIB were down 3% at 0835, while the broader Irish stock market index had risen 1%.

The government said in June it intended cutting its Bank of Ireland stake in a trading plan that was due to end in January, but last month extended that to May 2022 after it made 249 million euros by selling 4.6%.

The AIB share sales, which will be executed from January under a pre-arranged trading plan managed by Merrill Lynch International, will not represent more than 15% of the expected aggregate total trading volume in the bank’s shares over the period, the finance ministry said in a statement.

“The minister will keep other sale options open, including accelerated bookbuilds or directed buybacks should these opportunities present themselves,” it added. 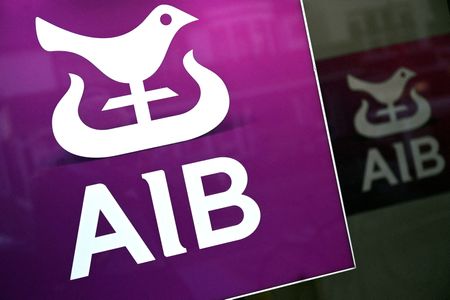